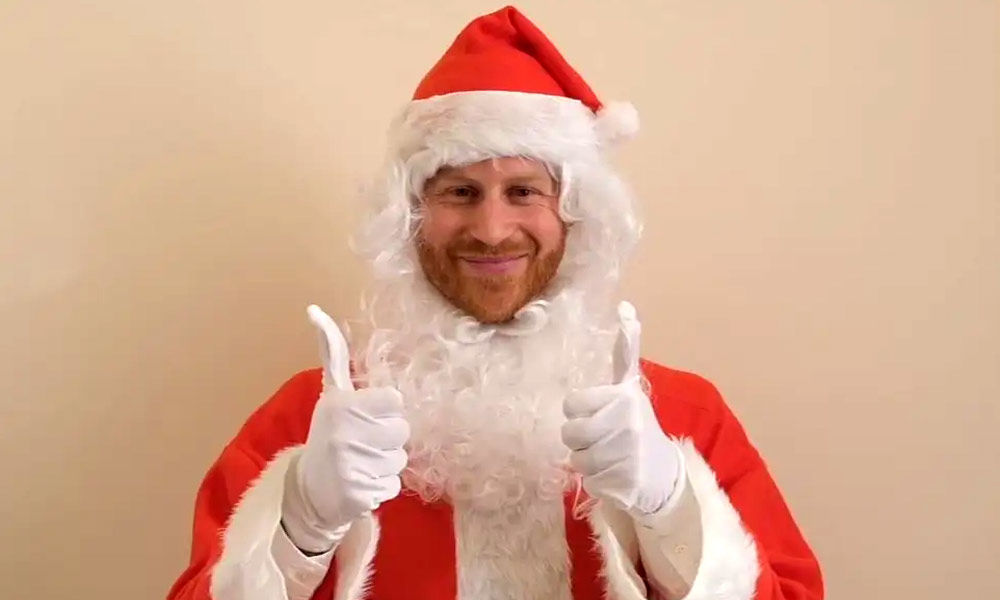 Disguised as Santa Claus, the UK's Prince Harry, who is currently on a six-week break from royal duties, has sent a Christmas message to the children...

London: Disguised as Santa Claus, the UK's Prince Harry, who is currently on a six-week break from royal duties, has sent a Christmas message to the children of late British Armed Forces personnel.

In a one-minute video shared on Friday, the Duke of Sussex was seen donning a red-and-white Santa hat and a beard, The Daily Mail reported.

The video was screened at a party on a boat for children who had lost a parent who served in the British Armed Forces. It was organised by Scotty's Little Soldiers, a charity.

The Prince opened his message in the spirit of Father Christmas with a jolly "ho, ho, ho".

In a heartfelt message, the Prince said: "Yes, losing a parent is incredibly hard but I know that every single one of you by helping each other out that you will have an amazing future ahead of you and a fantastic Christmas as well.

"I also want to encourage you guys to look around and realise that you are part of a family... Having met some of you a few years ago I know how incredibly strong you are.

He then lifted his white Santa beard and said: "Have a fantastic Christmas and a happy new year."