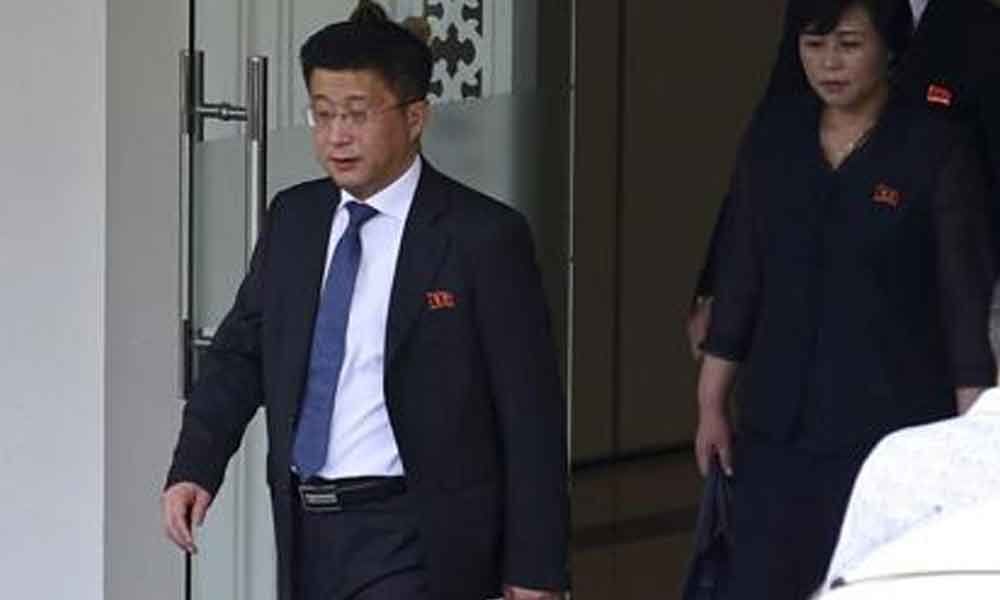 Sources told Reuters at the time that Kim Hyok Chol was facing punishment but there was no evidence he had been executed.

Seoul: North Korea's nuclear envoy, who a South Korean newspaper said last week had been executed, is alive but in custody and under investigation for his role in a failed summit with the United States, CNN reported on Tuesday.

There has been a series of conflicting reports over the past five days about shakeups in the North's team that steered negotiations with the United States after a failed summit between North Korean leader Kim Jong Un and US President Donald Trump in Hanoi in February.

Kim Hyok Chol, who led North Korea's working-level talks in the run-up to the Hanoi summit, is alive and in state custody, CNN reported, citing several unidentified sources. He could still face "heavy punishment", it said.

It contradicted a report by South Korean newspaper Chosun Ilbo that said on Friday Kim Hyok Chol was executed in March. It cited an unidentified source with knowledge of the situation.

Sources told Reuters at the time that Kim Hyok Chol was facing punishment but there was no evidence he had been executed.

Chosun Ilbo also reported that Kim Yong Chol, a senior official with a leading role in talks with the United States, had been sent to a labour and re-education camp. It did not say when he had been sent there.

However, Kim Yong Chol was pictured in a state media photo on Monday accompanying Kim Jong Un to an art performance the day before, indicating that the former spy master remains a force in the secretive North's power structure.

CNN reported that Kim Yong Chol had been "almost deprived" of power since the Hanoi summit but had not faced hard labour.

Kim Yo Jong, Kim Jong Un's sister, also appeared in state media photos on Tuesday, sitting next to the North Korean leader and his wife, Ri Sol Ju, at an event. She had not been seen in other recent public appearances by Kim Jong Un.