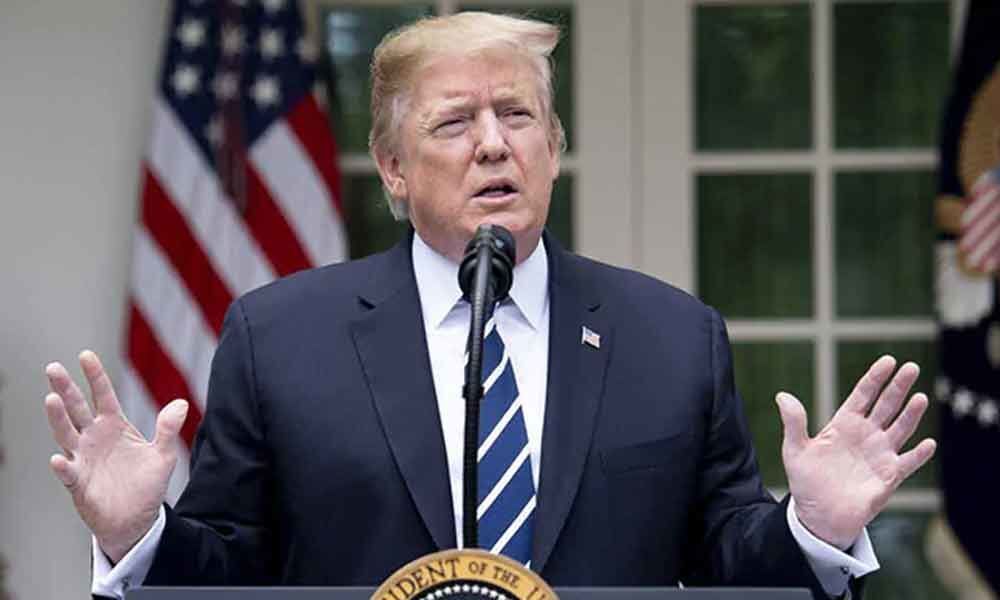 Mexico's President Andres Manuel Lopez Obrador, who said the president of Mexico wants to keep being a friend of President Donald Trump.

Washington: Donald Trump stepped up his attacks on Mexico over immigration on Sunday as a top aide warned that the US president is "deadly serious" about imposing tariffs on imports from the southern neighbor.

The attacks came despite efforts at conciliation by Mexico's President Andres Manuel Lopez Obrador, who said Sunday that "the president of Mexico wants to keep being a friend of President Donald Trump; but above all, we Mexicans are friends of the American people.

"Let's pledge not to let anything get in the way of our beautiful, sacred friendship," Lopez Obrador said in Tabasco.

Trump's surprise threat Thursday to place duties on all imports from Mexico, beginning at five percent on June 10 and rising to as high as 25 percent, shocked Republican allies in Congress.

It also rattled world markets, already shaky over trade war fears, with no solution in sight to a US-China dispute that has seen tariffs exchanged on hundreds of billions of dollars' worth of goods.

Trump has made clamping down on legal and illegal immigration a signature policy of his administration, and is facing a rising flow of migrants fleeing poverty and gang violence in Central America.

"People have been saying for years that we should talk to Mexico. The problem is that Mexico is an 'abuser' of the United States, taking but never giving," Trump said in a series of tweets Sunday.

Unless Mexico stops the "invasion," he warned, he would use tariffs to bring back "companies and jobs that have been foolishly allowed to move South of the Border."

But Mick Mulvaney, the acting White House chief of staff, said Trump was "absolutely deadly serious" about proceeding with tariffs.

"I fully expect these tariffs to go into at least a five percent level on June 10," he said on "Fox News Sunday."

The number of migrants reaching the US border is "huge, the situation is real and the president is deadly serious about fixing the problem," he said.

Mulvaney said Kushner and Secretary of State Mike Pompeo would meet with Mexican representatives in Washington this week, as would Lighthizer, to spell out what the Mexicans could do to avoid the tariffs.

In Mexico, Commerce Secretary Graciela Nunez said she would hold talks in Washington Monday with her US counterpart Wilbur Ross after the two met at the swearing-in in San Salvador of El Salvador's President Nayib Bukele.

Mexican Foreign Minister Marcelo Ebrard, who meets with Pompeo on Wednesday, led a delegation to Washington on Friday.

"There is willingness on the part of US government officials to establish dialogue and reach agreements and compromises," Lopez Obrador told a news conference in Mexico City on Saturday.

He said he doubted the tariffs would ultimately take place. "It is in everybody's interest to reach an agreement," he said.

But on Sunday, Trump said he wants "action, not talk."

"Mexico is sending a big delegation to talk about the Border. Problem is, they've been 'talking' for 25 years."

US officials are insisting Mexico act more aggressively to stop migrants moving through the country from Central America long before they reach the US border.

Kevin McAleenan, the acting secretary of homeland security, said Trump wants "a vast reduction" in the number of migrants reaching the border.

He said the US wants Mexico to intercept migrants on its southern boundary with Guatemala, taking action against what he described as cartel-owned bus lines moving them north, and coordinate with US authorities on asylum.

"At any given moment we have 100,000 moving through Mexico," McAleenan said on CNN's "State of the Union."

"These crossings into Mexico are happening on a 150-mile stretch of their southern border. This is a controllable area. We need them to interdict these folks before they make this route all the way to the US," he said.