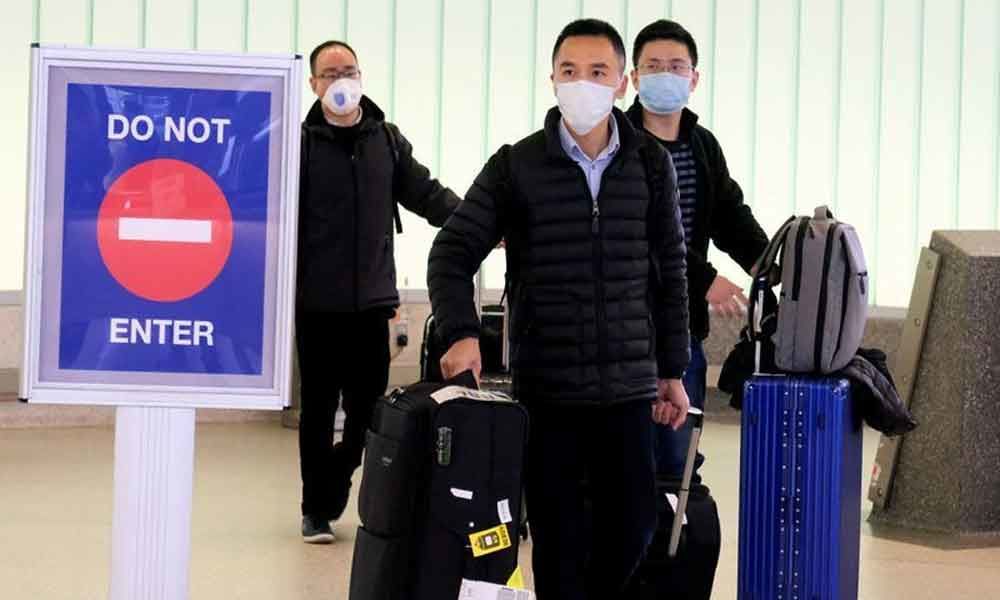 The latest U.S patient, who is in Massachusetts, recently returned from Hubei province in central China, the epicenter of the outbreak.

Washington: US health officials on Saturday confirmed an eighth case of the fast-spreading new coronavirus in the United States and the Pentagon said it would provide housing for people arriving from overseas who might need to be quarantined.

The latest US patient, who is in Massachusetts, recently returned from Hubei province in central China, the epicenter of the outbreak, a spokeswoman for the U.S Centers for Disease Control and Prevention (CDC) said in an emailed statement.

The person was not identified and no other details were provided.

The flu-like coronavirus, which is believed to have originated in a market that traded illegally in wildlife in Hubei's provincial capital Wuhan, has so far resulted in 304 deaths in China, state broadcaster CCTV said early on Sunday in China.

Confirmed cases of the virus have been reported in 27 other nations, according to the CDC.All but one of the patients in the United States was believed to have contracted the disease while they were traveling in the Wuhan area.

U.S officials this week reported the first human-to-human transmission of the disease in the United States in Illinois.

Concerns about the virus spurred the Trump administration to declare a public health emergency and bar entry to the United States for foreign nationals who have recently visited China. In addition, U.S

citizens who have traveled within the past two weeks to Hubei will be subject to a mandatory quarantine of 14 days, believed to be the incubation period of the virus, officials said.

Americans who visited other parts of mainland China will undergo special health screening upon their return, followed by up to 14 days of "monitored self-quarantine," under the temporary restrictions.In a statement on Saturday, the Pentagon said Defense Secretary Mark Esper approved a request for assistance from the Department of Health and Human Services for housing support for 1,000 people who may be subject to quarantine on arrival from overseas.

Health officials had asked the Defense Department to provide several facilities capable of housing at least 250 people in individual rooms through Feb 29. The Pentagon said four military installations have been selected: two in California, one in Colorado, and one in Texas.

It said Defense Department personnel would only provide housing support and HHS would be responsible for all care and transportation.

"DOD personnel will not be directly in contact with the evacuees and evacuees will not have access to any base location other than their assigned housing," the Pentagon said.

The number of deaths from a coronavirus epidemic in China has risen by 46 to 259, the country's health authority said on Saturday, as the United States and other nations announced new border curbs on foreigners who have been in China.

The first quarantines of U.S citizens potentially exposed to coronavirus in China began hours before the White House announcement on Friday.

Nearly 200 Americans evacuated earlier this week from Wuhan and voluntarily confined to a California military air base for 72 hours of health screenings were placed under a mandatory 14-day quarantine on Friday.By Saturday afternoon, none of those quarantined showed any symptoms of having the virus, said Jose Arballo, a spokesman for the public health department in Riverside County, where the air base is located. He said test results were still pending.

"Since this hasn't been done in 51 years there's quite the scramble to work through all the procedures," a Department of Homeland Security (DHS) official said, adding that the last mandatory quarantine was ordered to fight smallpox.

The official, who requested anonymity because they are not authorized to speak publicly about the matter, said DHS personnel would take over running medical screenings at airports this weekend to free up their CDC counterparts for other tasks.

State and local authorities will likely play a role with mandatory quarantines, the official said, which could mean "a lot of variance across the country for how it gets implemented." A DHS spokesperson did not immediately respond to a request for comment. Nearly 12,000 people have been infected globally by the virus, according to the WHO, with all but just over 130 of those cases occurring in China.

Kadapa: Police sell vegetables at doorsteps of people at Badvel,...