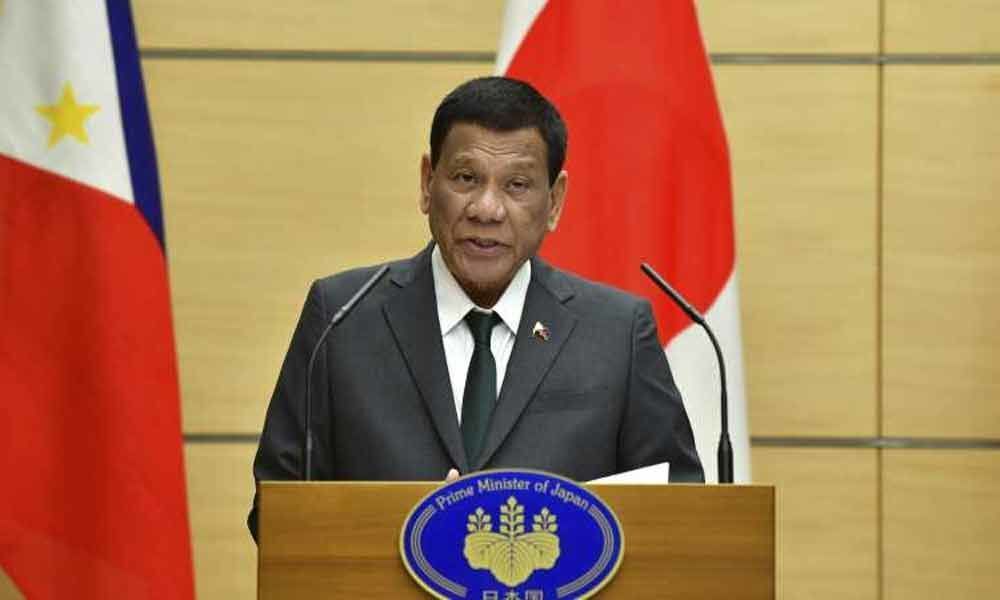 Duterte has a history of making controversial and contradictory remarks about the LGBT community.

MANILA: Philippine President Rodrigo Duterte said that he "used to be gay" before he "cured" himself, a media report said on Monday. The President made the remark during a speech to the Filipino community while visiting Tokyo on May 30, CNN reported.

After accusing his political opponent and vocal critic Senator Antonio Trillanes IV of being gay, Duterte said he could sense he himself was also "a bit gay" while married to his former wife, Elizabeth Zimmerman. Their marriage was annulled in 2000.

Duterte went on to say that he was "cured" after meeting current partner Honeylet Avancena. "I became a man again! So beautiful women cured me. I hated handsome men afterwards. I now prefer beautiful women," Duterte said.

Duterte has a history of making controversial and contradictory remarks about the LGBT community. In 2016, Duterte called the US Ambassador to his country a "gay son of a b***h" in a speech, prompting American diplomats to raise the issue with their Filipino counterparts in Washington.

In March 2017, the President said he told Filipinos in Myanmar that he was against same-sex marriage, and that recognizing marriages other than those between a man and a woman wouldn't be acceptable in Philippines, which is predominantly Catholic. But later that year, he said the rights of the LGBT community would be protected during his presidency.