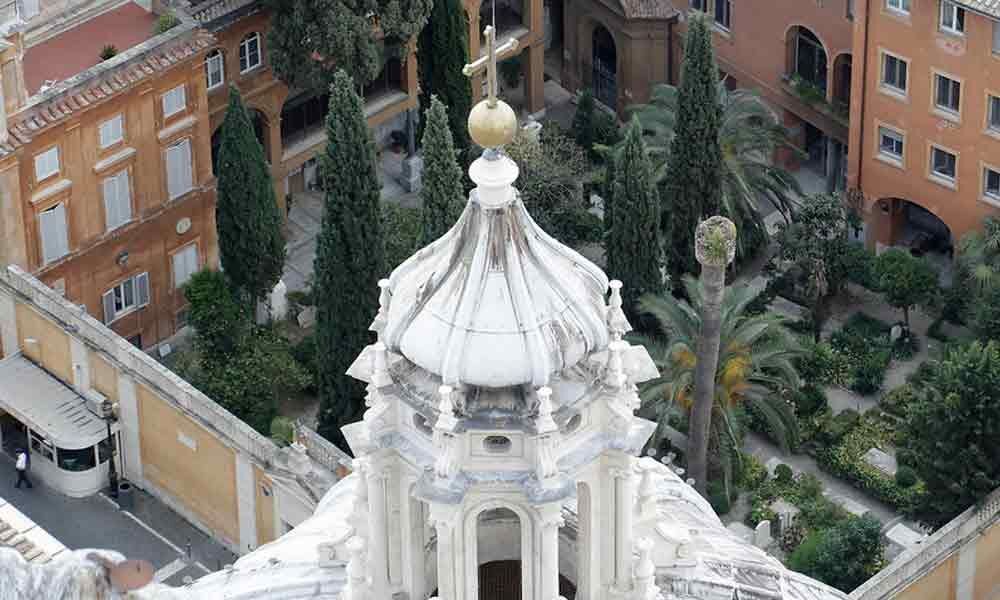 The Vatican on Saturday opened two burial chambers discovered under a trapdoor as it attempts to get to the bottom of a riddle involving two 19th century princesses and a teenager who went missing 36 years ago.

Vatican City : The Vatican on Saturday opened two burial chambers discovered under a trapdoor as it attempts to get to the bottom of a riddle involving two 19th century princesses and a teenager who went missing 36 years ago.

The ossuaries were found last week under the floor of the Pontifical Teutonic College after the shock discovery earlier this month that the bones of the princesses had disappeared from two tombs in the Teutonic Cemetery.

The graves of Princess Sophie von Hohenlohe and Princess Charlotte Federica of Mecklenburg, who died in 1836 and 1840, had been exhumed after an anonymous tip-off that they may hold the remains of an Italian youngster.

Emanuela Orlandi, the daughter of a Vatican employee, was last seen leaving a music class in Rome in 1983 aged 15, and theories have circulated for decades about who might have taken her and where her body might lie.

The family had received a picture of an angel-topped grave in the cemetery, and a message which simply read: "Look where the angel is pointing."

But in a surprise twist, not only was there no trace of Orlandi, the remains of the princesses were gone too. The Vatican said the bones were likely moved during work on the cemetery and college during the 1960s and 1970s.

In an operation on Saturday, bones were removed from under the Pontifical Teutonic College and analysed at the site by Professor Giovanni Arcudi, a specialist in forensic medicine appointed by the Holy See, in the presence of an expert appointed by the Orlandi family, the Vatican said in a statement.

It said it is "not possible, for the moment, to predict how long it will take for the morphological analysis of the remains to be completed".