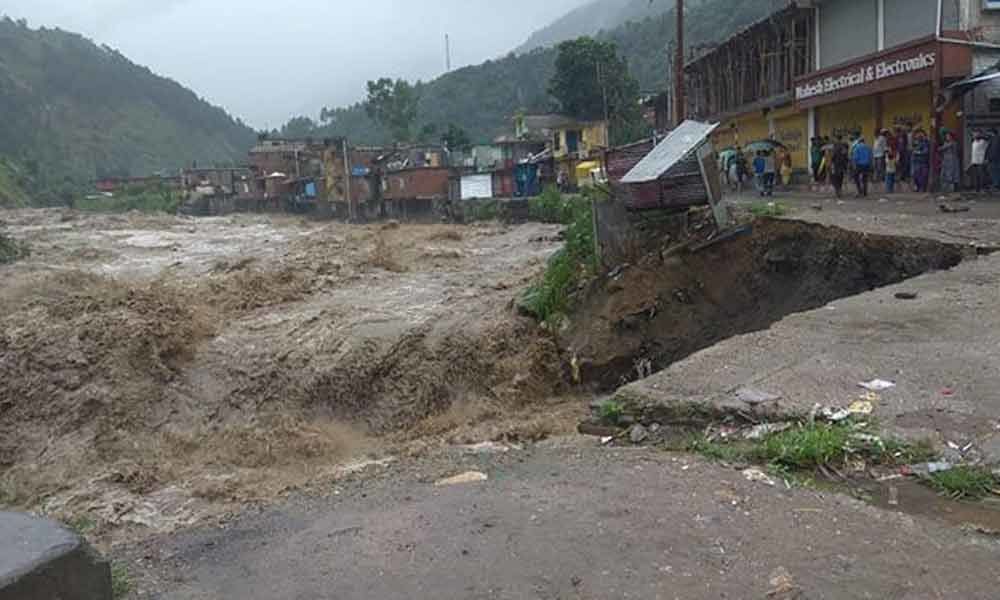 Roads in Himachal Pradesh continued to remain shut on Monday due to landslides triggered by heavy rain in the past two days, officials said.

Shimla, Aug 19 (IANS) Roads in Himachal Pradesh continued to remain shut on Monday due to landslides triggered by heavy rain in the past two days, officials said.

A total of 22 people died and two were reported missing in the state in rain-related incidents in the past two days, Chief Minister Jai Ram Thakur told IANS here.

There was an estimated loss of Rs 20 crore to the both public and private property in the state in two days. Till date the overall loss was Rs 574 crore.

Reports said more than 300 vehicles, carrying tourists and locals, have been stuck since Sunday between Keylong and the Rohtang Pass and work was on to clear the landslide debris.

Rail traffic bound for Himachal Pradesh beyond Ropar town in Punjab has been snapped since Sunday owing to damage to the tracks, officials said. Twelve trains were suspended.

Train services between Shimla and Kalka, which were disrupted on Sunday after landslips, was normal.

The local Indian Meteorological Department on Sunday said the state received the highest ever rainfall for a 24-hour period, since records began almost 70 years ago.

This is the highest ever rainfall in 24 hours over the state, it added.

There was no major rainfall in the state in the past 12 hours. Light to moderate rainfall was likely at some places till Tuesday, a Met Department official told IANS.

The government has announced closure of all educational institutions in Kullu and Shimla districts on Monday.

A government spokesperson said the Satluj, Beas and Yamuna rivers and their tributaries have been in spate in Kinnaur, Shimla, Kullu, Mandi, Bilaspur and Sirmaur districts.

"We have advised people settled along the banks of the rivers to move to safer places," an official said here.

The Pandoh diversion dam is located on the Beas river in Mandi district. It diverts excess monsoon water towards the Pong dam. Otherwise, it diverts water towards the Satluj river which feeds the Gobind Sagar reservoir of the Bhakra dam.

However, the inflow of water into the state's Pong and Bhakra dam increased dramatically due to heavy rainfall.

All the major rivers of the hill state -- the Satluj, Beas and Yamuna -- enter Punjab and Haryana.