13 injured as train derails near Kanpur 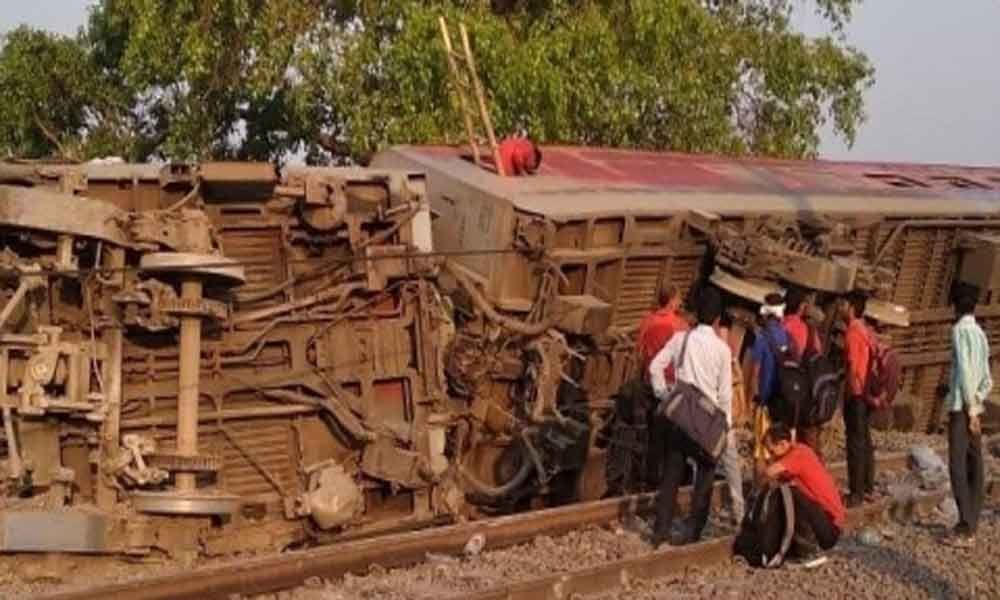 At least 13 people were injured on Saturday after 12 coaches of the Howrah-New Delhi Poorva Express derailed near Kanpur, railway officials said.

Coaches of the train travelling from Prayagraj to New Delhi derailed at about 1 a.m near Rooma industrial estate, about 15 km from Kanpur. The coaches have been severely damaged, although there were no reports of any casualty.

About 15 ambulances were rushed to the site of the accident to take injured passengers to the hospital. A 45-member team from the National Disaster Response Force is also at the spot.

The passengers said that they heard a loud explosion before they were thrown off their seats.

Latest spot visuals: Total 12 coaches affected due to Poorva Express derailment near Rooma village in Kanpur at around 1 am today. 4 out of 12 coaches had capsized. No casualties reported. pic.twitter.com/u5QsG5Crp2

"No casualties, no serious injuries. All the passengers have been evacuated. An Accident Relief Train (ART) and Accident Relief Medical Equipment (ARME) were dispatched to the accident site. The main route has been impacted due to the derailment."

Kanpur District Magistrate Vijay Vishwas Pant said: "Rescue operation is underway. No casualties have been reported till now. Buses are being arranged to take passengers to Kanpur railway station from where a train will take them onward to Delhi."

Restoration work of the track would be completed by 4 p.m., the officials added.