50 lakh people lost their jobs since note ban in 2016: Report 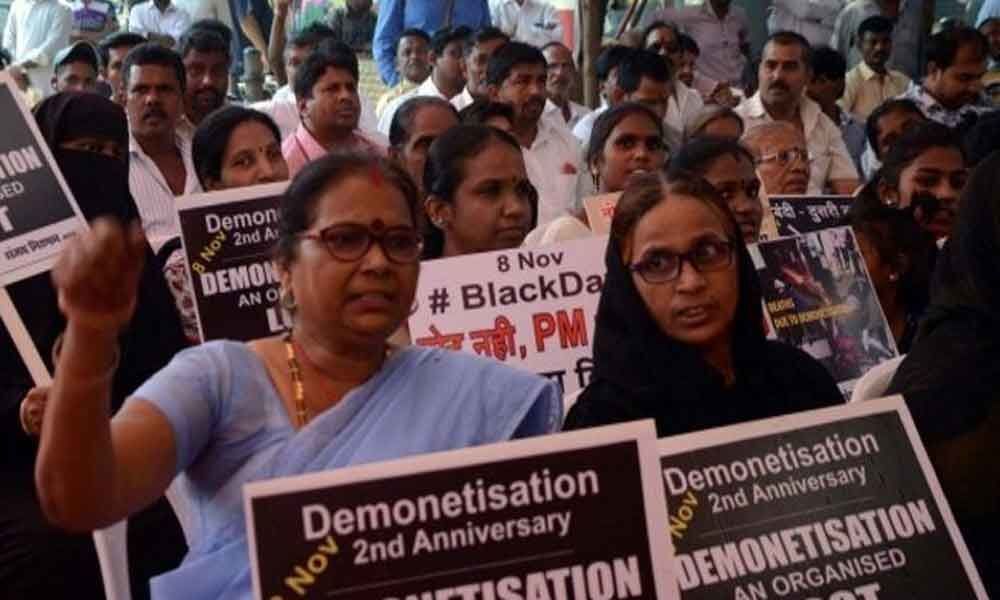 At least 50 lakh people lost their jobs between 2016 and 2018, reveals a report released by the Bengaluru-based Azim Premji University.

New Delhi: At least 50 lakh people lost their jobs between 2016 and 2018, reveals a report released by the Bengaluru-based Azim Premji University. The report titled 'State of Working India' has been prepared by the university's Centre for Sustainable Employment. It states that the overall loss of jobs in this period could be much more because the present study focuses only on job loss among Indian men.

The report says that the data show that decline in labour force participation "coincides with the demonetisation of high value currency notes in November 2016". However, the authors have said that they cannot "ascribe any causal link (between demonetisation and decline in labour force participation) based only on these trends". "This analysis applies to men only. When we take women into account, the number of jobs lost will be higher," the report states.

Explaining their findings, the authors say that broadly these trends can be interpreted as saying that "the proportion of working age men who are in employment continues to go down". The report says there has been no recovery ever since the decline started in September-December 2016.

"Whether or not this decline was caused by demonetisation, it is definitely a cause for concern and calls for urgent policy intervention," the report said. It said that a further breakdown of the job loss data show that men with varying educational qualifications were affected differently in this period. The report says that men with lower education levels were more affected than their counterparts who had a diploma or degree. This was true for both rural and urban areas.

Men with lower education levels generally form constitute the labour force in the informal sector. The report says, "This is consistent with the idea that the informal sector, where we can expect the share of less educated men to be higher, was hit hardest by demonetisation as well as the introduction of GST." It adds that joblessness in India is not only a problem that is limited to the educated sections of the labour force.

"Much of the current debate over jobs has focused on unemployment among the higher educated. While this is indeed a problem, we must also be aware of the fact that the last two years have not been good for the less educated sections of the labour force as well. And in absolute terms, this is a much larger number of people in the more vulnerable sections of society," it says.