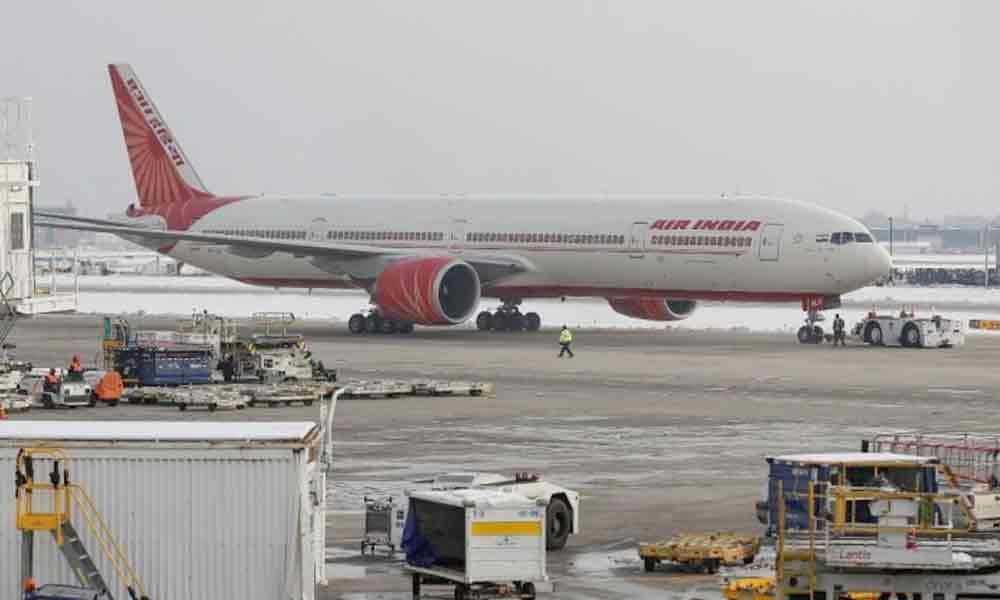 London/Mumbai : A US-bound flight of Air India from Mumbai made a precautionary landing at London's Stansted Airport on Thursday following a bomb scare, forcing Britain to scramble its fighter jets to escort the flight.

UK Royal Air Force (RAF) Typhoon jets were scrambled to escort Flight AI 191 at around 09.50 am local time after the bomb scare that later turned out to be a hoax.

"AI 191 Mumbai-Newark of June 27 has made a precautionary landing at London's Stansted airport due to a bomb threat," the national carrier said. All 327 passengers have been deplaned and the Boeing 777-300ER plane remains grounded at the Stansted Airport, an Air India spokesperson said.

All passengers are currently in the airport premises, he added. Earlier, the airline, in a tweet had said that the plane made a precautionary landing at London's Stansted airport due to a "bomb threat."

"An aircraft was diverted to Stansted Airport at around 9.50am today following reports of a security alert. The plane is currently at the airport and officers are making enquiries," local Essex Police added.

Vishnu gets into action mode