Amit Shah bursts out against Rahul Gandhi and Azam Khan 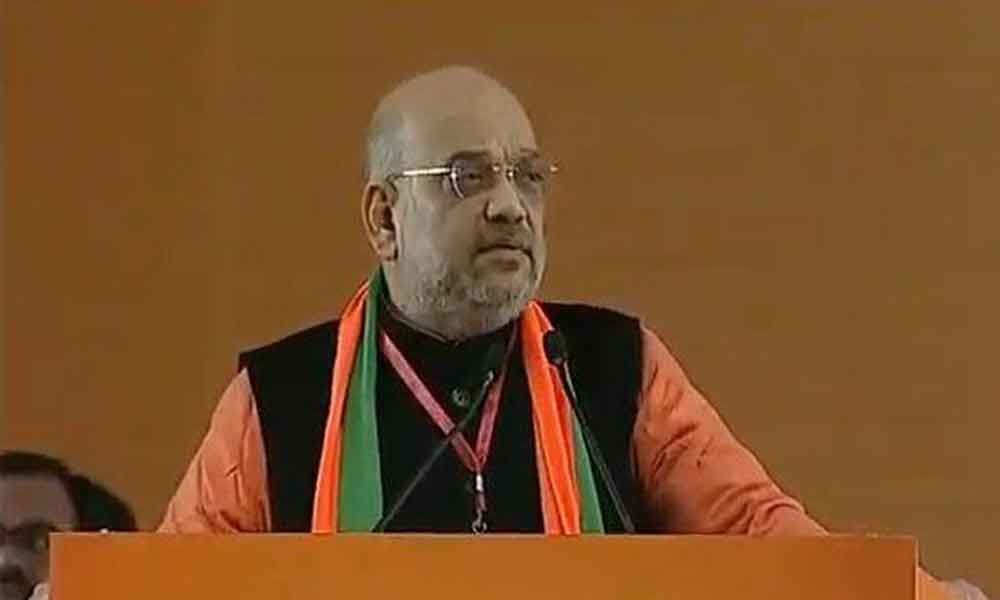 Shah said Khan, the SP and it's Uttar Pradesh ally BSP should apologise for the "disgusting" remark.

BJP chief Amit Shah criticized Congress president Rahul Gandhi for "lying" over a Supreme Court order on the Rafale fighter jet purchase deal on Monday. Shah said, the Congress tells a lie and repeats it, further adding that Gandhi had got notice from the apex court for his statements on the Rafale deal.

The apex court has made it "clear" that Prime Minister Narendra Modi "committed a theft" claimed the Congress president April 10.

"It only worked to remove a preliminary objection. The case is still going on, and has also been heard in the past. But he (Gandhi) started speaking repeatedly. A BJP MP moved a contempt notice. And today, the respectable SC has issued notice and asked Rahul Gandhi to explain what he had said," Shah told the gathering.

"Telling a lie, telling it loudly, and repeatedly, has become the nature of the Congress party," Shah said.

"The disgusting comment made by Samajwadi Party leader Azam Khan on BJP candidate Jaya Prada is an insult to mothers. The comment on Jaya Prada is not on her but on crores of women. I would like to ask Samajwadi Party, Behen Mayawati ji and Rahul Gandhi whether they agree to Azam Khan's comment," Shah said. Moreover, Shah hit out at the opposition for their outburst against electronic voting machines.

"The Congress is scared of defeat. Earlier they would put the reason of defeat on EVMs. Now, even as the first phase of election is completed, it says BJP will win due to EVM. This shows Congress party has accepted defeat," he said.

"You have won in Madhya Pradesh, Rajasthan, and Chhattisgarh. The EVM is good where it (Congress) wins and bad where it loses. Rahul Baba, it does not matter what you say. The people of the country understand everything," he said.