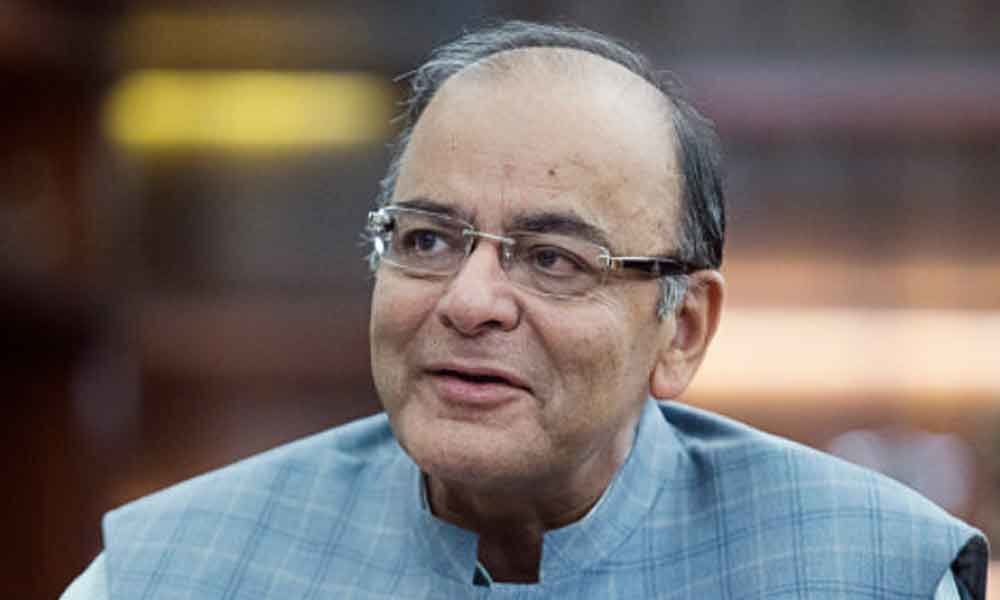 Arun Jaitley, 66, a tall, handsome and intelligent politician, had been one of the top leaders of the BJP who played a key role in evolving strategies for Lok Sabha and Assembly elections for at least two decades.

Arun Jaitley, 66, a tall, handsome and intelligent politician, had been one of the top leaders of the BJP who played a key role in evolving strategies for Lok Sabha and Assembly elections for at least two decades.

Although, he himself was not very successful in direct polls, he was the party high command's representative overseeing and helping the leadership at State level.

He had acted as a mentor to the party leadership in Gujarat since 2002 and to the other States like Madhya Pradesh, Bihar, Karnataka and Punjab. Particularly his colleagues valued him for his resourcefulness.

Jaitley was known for his ability to efficiently run the ministries entrusted to him in the governments headed by Atal Bihari Vajpayee and Narendra Modi. He is an excellent speaker in Hindi and English. He had been very eloquent in his speeches in the Parliament.

Known for quick and sharp wit, Jaitley had dominated the debates in Parliament for many years. As a leader of the BJP in Rajya Sabha during 2009 to 2014, he mounted severe attacks on Manmohan Singh's government on several occasions. He minced no words when it came to criticising the policies followed by the UPA government. Jaitley was the finance minister in the first term of Modi's rule.

However, due to ill health, he could not present the Union Budget in 2018-19, and the interim budget for 2019-2020. Present Railway Minister Piyush Goel stood for Jaitley to present the budgets. Jaitley did not contest in 2019 Lok Sabha elections due to poor health.

He could have become a minister, as he was a Rajya Sabha Member. But, he wrote to the PM, soon after the 2019 election results were announced, conveying his inability to join the Cabinet. He lost in Amritsar in 2014 elections to Captain Amarinder Singh, presently the chief minister of Punjab.

Jaitley gave his best as the finance minister steering the government clear of troubles in case of demonetisation and Goods and Services Tax (GST). He had efficiently revised the slabs and stabilised the process of consultations with finance ministers of the States. His Insolvency and Bankruptcy Code (IBC) was instrumental in resolving issues that were acutely bothering the corporate sector.

Jaitley also handled defence portfolio for some time. Earlier, he had run commerce, corporate affairs, industry, law & justice as a member of Vajpayee Cabinet. Jaitley was also a highly rated advocate in the Supreme Court.

Jaitley had been a senior leader compared to Modi till 2013.

After Modi was named as the party's prime ministerial candidate, Jaitley quickly settled in the second slot, which he had to yield to Amit Shah after some time. Jaitley had good rapport with Modi, as the former had been supervising party affairs in Gujarat ever since the latter became the chief minister.

Sushma Swaraj, who passed away recently, was also an accomplished leader who was a senior politician compared to Modi. Like Jaitley, she also had fallen in line and worked as the foreign minister in Modi's first term.

Both of them underwent surgery. Like Jaitley, Sushma also kept away from 2019 elections on account of poor health. Both of them were the aspirants of the top job and both of them belonged to Advani's school.

All this was before Modi emerged as the BJP's prime ministerial nominee. Jaitley had been active on Twitter of late very often being the first BJP stalwart to attack the Congress leaders.

He had been a forceful defender of the prime minister in and outside the Parliament. He was also an office-bearer in Delhi Cricket Association. His death takes away an able parliamentarian and a seasoned administrator. The judiciary also has lost one of its star performers.