As long as BJP exists, Kashmir would be integral part of India: Amit Shah 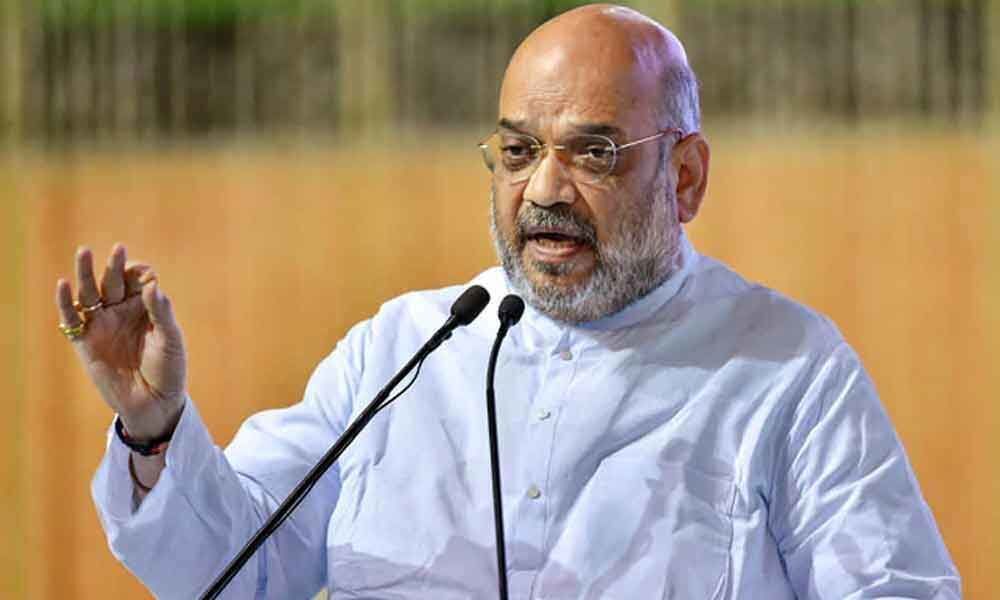 The Congress wants to separate Kashmir from India, Shah said.

Tasgaon: Kashmir is an integral part of India and it would continue to remain so as long as the BJP exists, party president Amit Shah said here Wednesday.

Shah's remarks came at a poll rally, in response to National Conference leader Omar Abdullah's recent suggestion of having a separate prime minister for Kashmir. "No one can take away Kashmir from us. As long as the BJP exists, Kashmir will continue to be an integral part of India," Shah told the rally in western Maharashtra. "We will never allow two prime ministers in India," Shah said.

The Congress wants to separate Kashmir from India, he added.

Abdullah's comment that Jammu and Kashmir bargained for a separate Prime Minister and President and hopefully they would have it, has also drawn a strong response from Prime Minister Narendra Modi, who demanded during a series of poll rallies that the Congress explain its ally's comment.

"India is the land of Shivaji Maharaj and its security is responsibility of us all," Shah said.

Referring to cross-border terrorism emanating from Pakistan, Shah said," If there is a goli (bullet) from there, India will send a gola (bomb) from here." Terrorists infiltrating in India will be searched and killed, he said.

"Prime Minister Narednra Modi worked to make the country safe. Through Balakot air strike, we avenged the deaths of our soldiers," he said. "The chant of 'Phir ek baar Modi sarkar' is heard from all corners of the country now," the BJP chief said.

Shah also targeted the Congress-NCP combine which was in power in Maharashtra for 15 consecutive years till 2014, when the BJP wrested power from it.

"The Congress relegated Maharashtra on development front, while the BJP brought back the state on the path of development," he said. Five generations of Congress ruled the country but did nothing for India, he said. "What did (Congress chief) Rahul Gandhi and (NCP president) Sharad Pawar do for the poor in India," Shah said.