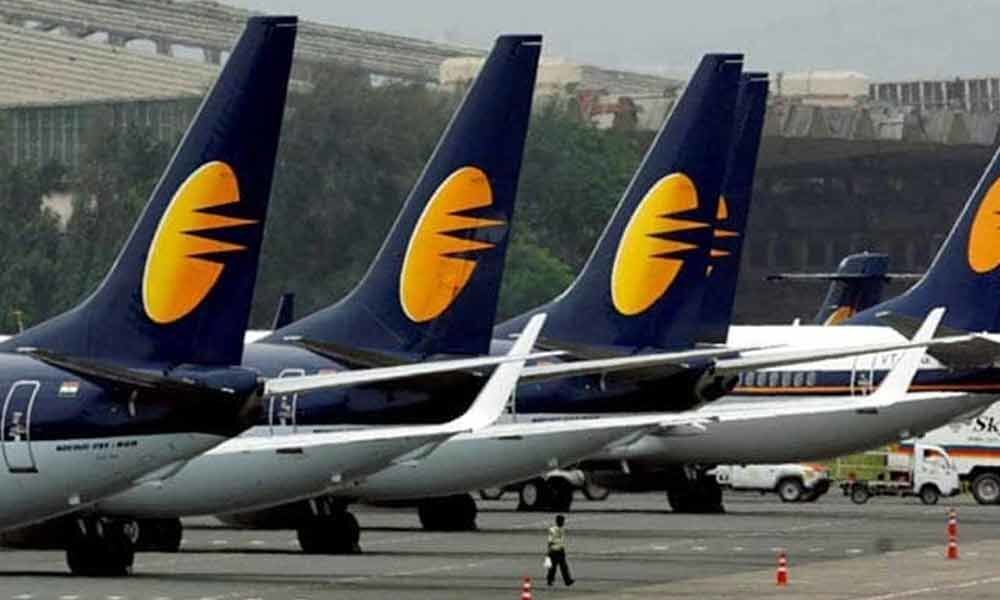 The development came after cash-strapped Jet Airways suspended all its international flights scheduled for Thursday as 10 more aircraft were grounded due to non-payment of outstanding dues to lessors.

The Union Government earlier said that the beleaguered Jet Airways' eligibility to fly on international routes needs to be examined.

Speaking on the recent Jet Airways crisis, Civil Aviation Secretary Pradeep Singh Kharola had said, "It (Jet Airways) is currently operating less than 15 planes and its eligibility to fly on international routes needs to be examined."

Since January, it has not been able to pay salaries to pilots and maintenance engineers.

Lenders, led by State Bank of India (SBI), took control of Jet Airways in March after its founder and chairman Naresh Goyal gave up control to resolve the crisis.

The SBI on Monday offered up to a 75 per cent stake in Jet Airways for sale. It extended the deadline on Wednesday for interested bidders to submit a response until Friday. A consortium of SBI-led banks now effectively owns the beleaguered carrier.