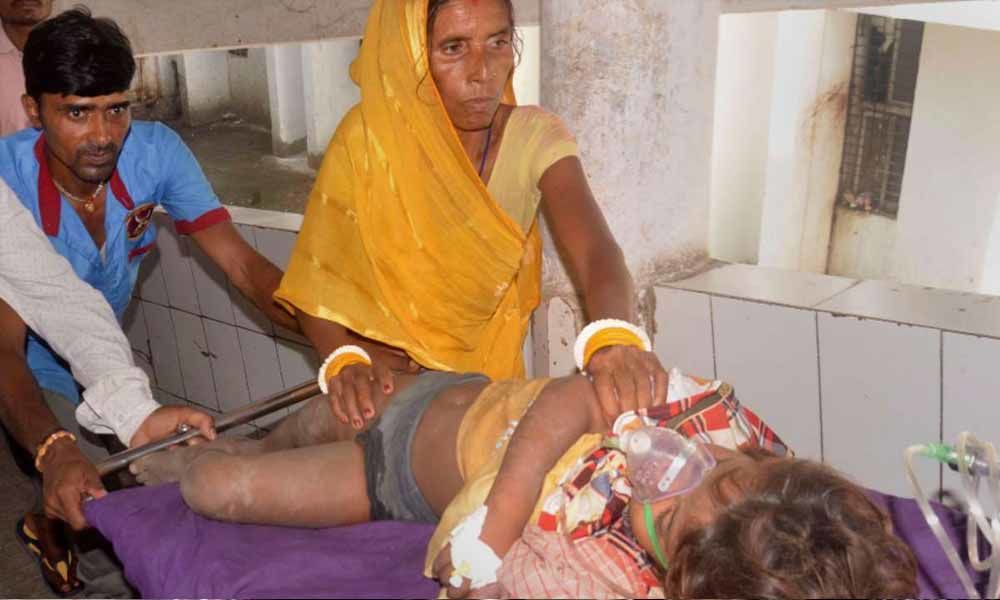 As many as 89 children have died in Sri Krishna Medical College and Hospital (SKMCH), while 19 others lost their lives in Kejriwal Hospital.

Locals of Bihar's Muzaffarpur today held protests outside the Sri Krishna Medical College and Hospital (SKMCH) against Chief Minister Nitish Kumar as he visited the hospital two weeks after the fatal Acute Encephalitis Syndrome (AES) outbreak in the state. The death toll has now risen up to 108.

According to reports, slogans of 'Go back Nitish!" were raised, hinting at the state government's incompetence in handling the outbreak.

As many as 89 children have died in Sri Krishna Medical College and Hospital (SKMCH), while 19 others lost their lives in Kejriwal Hospital.

Sunil Kumar Shahi, Superintendent of SKMCH said, "330 children were admitted out which 100 have been discharged and 45 people will be discharged today."

The protestors alleged that the government was not working towards making the health care system more efficient.

#WATCH Locals hold protest outside Sri Krishna Medical College and Hospital in Muzaffarpur as Bihar CM Nitish Kumar is present at the hospital; Death toll due to Acute Encephalitis Syndrome (AES) is 108. pic.twitter.com/N1Bpn5liVr

A JDU MP, Dinesh Chandra Yadav, had earlier said that the incident was 'unfortunate' and that children have been getting sick and dying in large numbers during summers every year. He said that 'once the rain starts, it will stop'.

Chief Minister Nitish Kumar, however, has recently announced an ex gratia of Rs 4 lakh each to the families of the children, who died due to AES in the city.

He has also given directions to the Health Department, district administration and doctors to take necessary measures to fight the disease.

Union Health Minister Dr Harsh Vardhan said that the Centre has 'promised every possible help to the state government'. He added that the AES outbreak was being monitored hourly.

AES is a viral disease, which causes mild flu-like symptoms such as high fever, convulsions, and headaches.