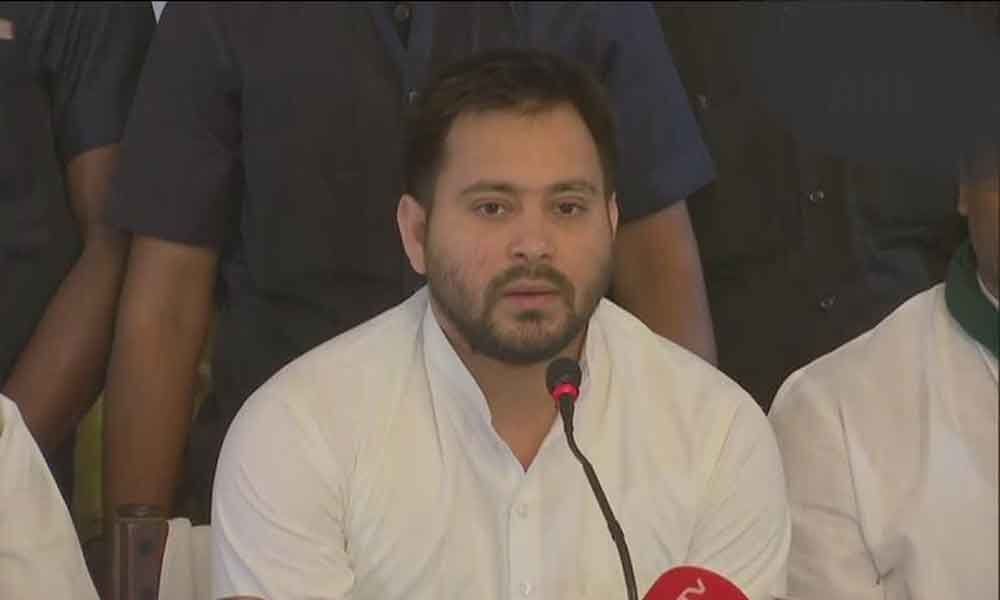 The RJD leader's remark came two days after he had termed Modi as a "fake backward", who did nothing for OBCs.

Hours before the PM's rally at Forbesganj town in favour of NDA candidates in the state, Tejashwi Yadav, also the leader of opposition in the Bihar assembly, said Modi will portray himself as the son of the extremely backwards. Yadav said, "PM Narendramodi ji is coming to Bihar today. He would portray himself as the son of extremely backwards. Will make an abortive bid to create polarisation."

"Bihar is expecting 'lies and jumlas' from him (PM Modi). Hope that the PM would give account of his 2014 promises such as giving special status, special package to Bihar, and also about giving free education and medicine #BiharRejectsModi," Tejashwi Yadav said.

The RJD leader's remark came two days after he had termed Modi as a "fake backward", who did nothing for OBCs. The remark had drawn a sharp reaction from the BJP, with national general secretary Bhupendra Yadav terming it as "arrogant, graceless and childish" made on the advice of Congress president Rahul Gandhi.

Tejashwi Yadav on Monday also asked the PM to name any project in Bihar, for which he had laid the foundation and inaugurated. Modi would address a public meeting near the highway that was constructed by the UPA government, he said, adding, the Manmohan Singh-led government sanctioned projects worth Rs 1.44 lakh crore for Bihar, "while you (PM) merely indulged in rhetoric".

Taking a swipe at Bihar CM Nitish Kumar for not releasing its manifesto, he said, "Nitish jee is so much scared of PM Modi that they (JDU leaders) have not released their manifesto so far." BJP has fielded Pradeep Singh from the Araria constituency, which would go to polls along with four other constituencies of Jhanjharpur, Supaul, Madhepura and Khagaria in third phase on April 23.