BJP is scared of the electoral outcome: M K Stalin 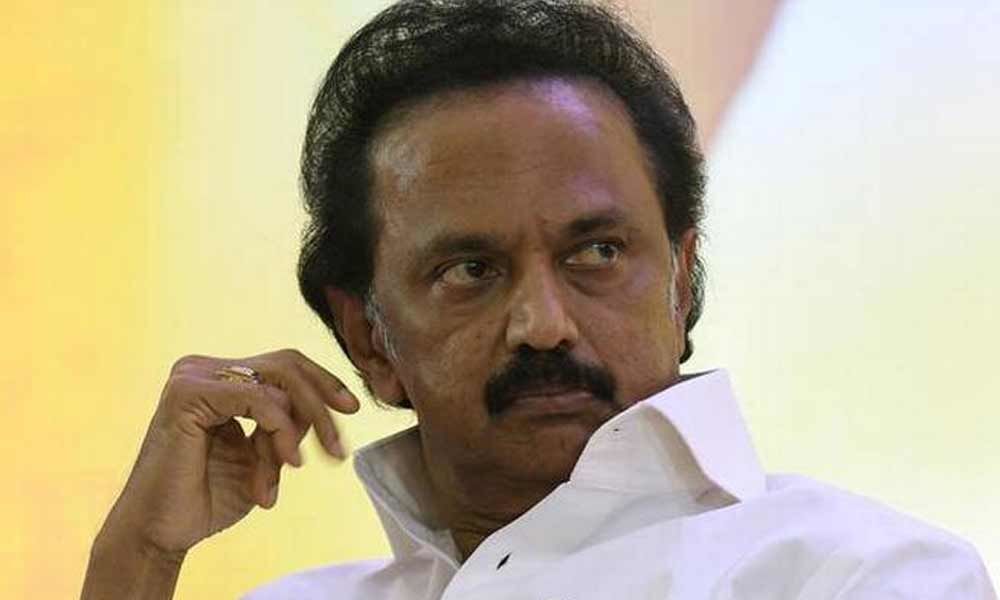 Mentioning former chief minister M Karunanidhi, Stalin said, “Whether we believe in God or not, God himself has accepted us”.

M K Stalin, DMK president, got very critical as the Centre carried out raids at the house and other places retained by S Duraimurugan, party treasurer, in Vellore district on Monday. A few days ago, Rs 15 crore was taken in custody from a contractor called Sabesan, said Stalin, as he spoke at a public meeting in Arakkonam constituency. Nevertheless there was no discussion from any agency as to what is the follow-up action in that case.

"The BJP has received an intelligence report saying it will be defeated in the coming Lok Sabha elections. Since they are scared of the electoral outcome, they are unleashing income tax officials against the DMK to prevent party workers from carrying out election work," said Stalin.

Questioning as to why the income tax department was searching a DMK senior leader's residence and his son's college and school, especially after being silent for the past 5 years. "Duraimurugan has said he is ready to appear before any court in this issue. We are not afraid. Nobody can threaten us," said Stalin.

Meanwhile, Stalin repeated that his party is not against Hinduism or any other religion. "The DMK is not against believers. Even my wife goes to temple daily," he said. Mentioning former chief minister M Karunanidhi, Stalin said, "Whether we believe in God or not, God himself has accepted us". He added that the DMK is dedicated towards safe guarding all religions.