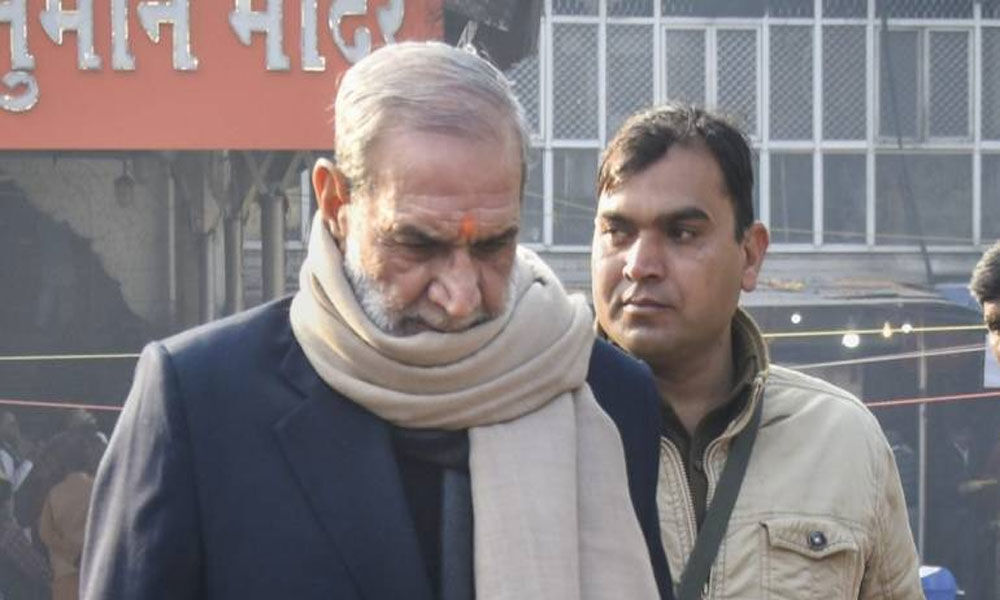 The probe agency in reply on Sajjan's plea said he has a 'large political clout' and is capable of 'influencing or terrorising' witnesses.

New Delhi: The CBI on Friday told the Supreme Court that former Congress leader Sajjan Kumar's plea challenging the life term awarded to him by the Delhi High Court in the 1984 anti-Sikh riots case should be dismissed.

The probe agency in its reply on Sajjan Kumar's plea seeking bail said he has a "large political clout" and is capable of "influencing or terrorising" witnesses in the case pending against him.

It told the apex court said that fair trial in the pending case would not be possible if Kumar is granted bail. The CBI said that Kumar's "political clout clouded fair and speedy investigation and derailed justice for the victims" of the 1984 anti-Sikh riots.

A bench of Justice S A Bobde and Justice S A Nazeer posted the matter for further hearing on March 25.

The case in which Kumar was convicted and sentenced relates to the killing of five Sikhs in Delhi Cantonment's Raj Nagar Part-I area of southwest Delhi on November 1 and 2, 1984, and burning down of a Gurudwara in Raj Nagar Part-II.

Anti-Sikh riots had broken out after the assassination of the then prime minister Indira Gandhi on October 31, 1984, by her two Sikh bodyguards.