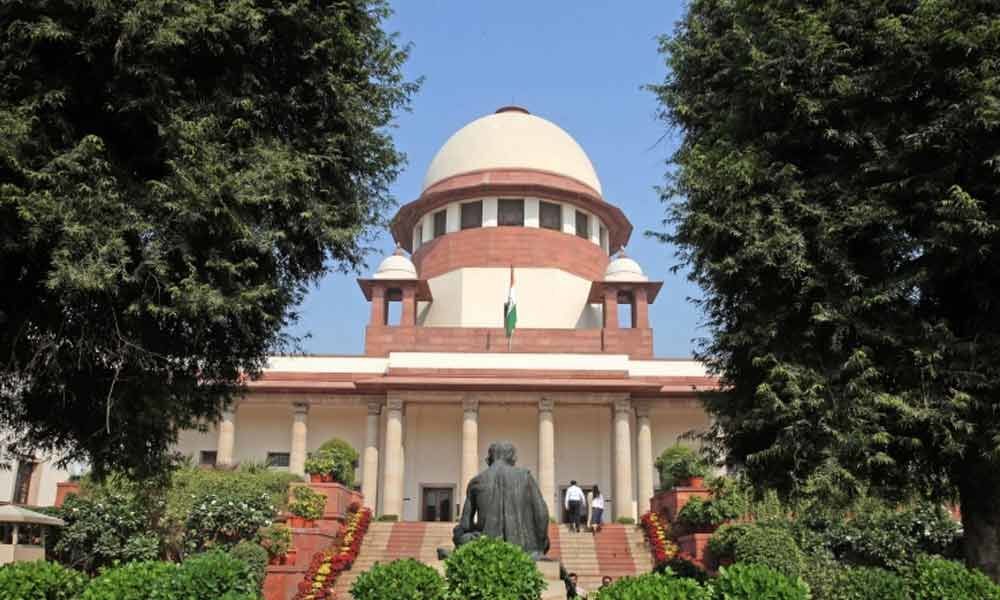 SC dismissed the government's preliminary objections claiming 'privilege' over them.

NEW DELHI: The Supreme Court Wednesday said the Centre cannot withhold documents from disclosure under the RTI Act citing national security if it is established that retention of such information produces greater harm than disclosing it.

The observation was made by Justice K M Joseph in his 38-page separate but concurring judgement in which the Supreme Court allowed the plea relying on leaked documents for seeking review of its judgement on the Rafale fighter jet deal with France.

It dismissed the government's preliminary objections claiming "privilege" over them.

Justice Joseph said the RTI Act through Section 8(2) has conferred upon the citizens a "priceless right by clothing them" with the right to demand information even in respect of such matters as security of the country and matters relating to relation with foreign state.

"No doubt, information is not be given for the mere asking. The applicant must establish that withholding of such information produces greater harm than disclosing it," Justice Joseph said.

He said the premise for disclosure in a matter relating to security and relationship with foreign state is public interest.

"Right to justice is immutable. It is inalienable. The demands it has made over other interests has been so overwhelming that it forms the foundation of all civilised nations. The evolution of law itself is founded upon the recognition of right to justice as an indispensable hallmark of a fully evolved nation.

"The preamble to the constitution proclaims justice -social, economic or political, as the goal to be achieved. It is the duty of every State to provide for a fair and effective system of administration of justice. Judicial review is, in fact, recognised as a basic feature of the Constitution," he added.

The judge said that Section 8(2) of the RTI Act manifests a legal revolution that has been introduced in that, none of the exemptions declared under sub-section(1) of Section 8 or the Official Secrets Act, 1923 can stand in the way of the access to information if public interest in disclosure overshadows, the harm to the protected interests.

Justice Joseph said that Section 24 of the RTI Act also highlights the importance attached to the unrelenting crusade against corruption and violation of human rights.

"The most important aspect in a justice delivery system is the ability of a party to successfully establish the case based on materials. Subject to exceptions it is settled beyond doubt that any person can set the criminal law into motion. It is equally indisputable however that among the seemingly insuperable obstacles a litigant faces are limitations on the ability to prove the case with evidence and more importantly relevant evidence.

"Ability to secure evidence thus forms the most important aspect in ensuring the triumph of truth and justice. It is imperative therefore that Section 8(2) must be viewed in the said context. Its impact on the operation on the shield of privilege is unmistakable," he said.

He said that a citizen can get a certified copy of a document under the RTI Act even if the matter pertains to security or relationship with a foreign nation if a case is made out.

Justice Joseph said if such a document is produced before the court then surely a claim for privilege cannot be made by the government.

"It is clear that under the Right to Information Act, a citizen can get a certified copy of a document under Section 8(2) of the RTI Act even if the matter pertains to security or relationship with a foreign nation, if a case is made out thereunder. If such a document is produced surely a claim for privilege could not lie," Justice Joseph said.

The judge said that though there is no unqualified right to obtain information in respect of matters under Section 8(1)(a) of the RTI Act, the court cannot be wholly unaffected by the new regime introduced by Parliament under the RTI Act on the question regarding a claim for privilege.

It is pertinent to note that an officer of the department is permitted under the RTI Act to allow access to information under the Act in respect of matters falling even under Section 8(1)(a) if a case is made out under Section 8(2).

He said the context for material being considered by the court is relevancy, and there can be no dispute that the manner in which evidence is got -- that it was procured in an illegal manner -- would not ordinarily be very significant in itself.

The judge said that the three documents in question have been published in 'The Hindu' and it is true that they have not been officially published but the correctness of the contents per se of the documents are not questioned.

"The case does not strictly involve in a sense the claim for privilege as the petitioners have not called upon the respondents to produce the original and as already noted the state does not take objection to the correctness of the contents of the documents. The request of the respondents is to remove the documents from the record.

"In the writ petition out of which the review arises the complaint is that there has been grave wrong doing in the highest echelons of power and the petitioners seek action inter alia under the provisions of Prevention of Corruption Act," Justice Joseph said.