Do yoga for next 10 years: Ramdev tips Opposition on how to deal with stress 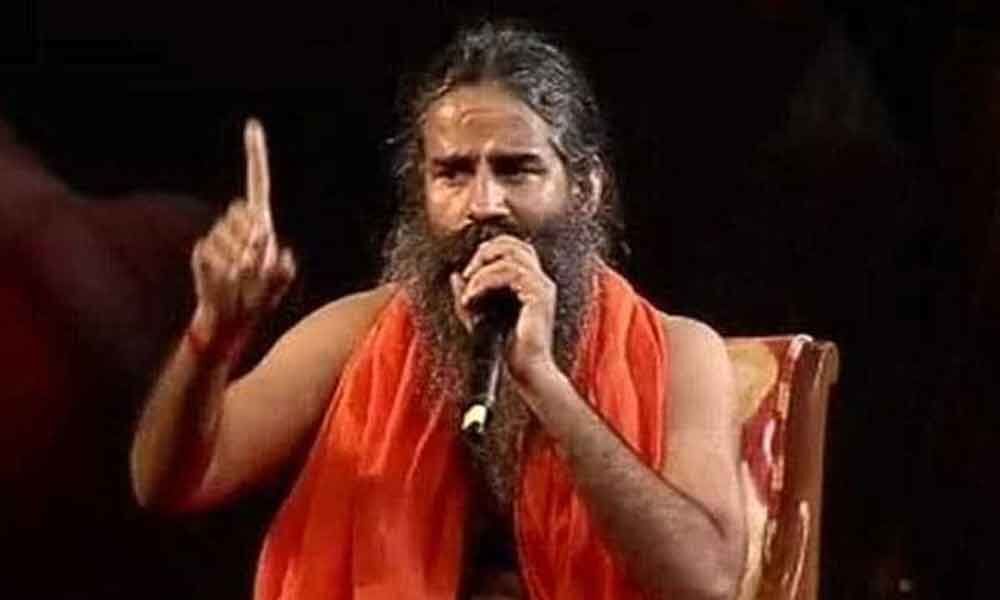 The 58-member council of ministers were administered the oath of office on Thursday evening.

New Delhi: Soon after Narendra Modi took oath as Prime Minister again for a second consecutive term on Thursday, yoga guru Baba Ramdev took a potshot at Opposition leaders and said that they should practice 'Kapalabhati' for the next 10 to 15 years to control stress.

"Under the leadership of Prime Minister Narendra Modi, the country will get freedom from economic, conceptual and cultural penury... All the ministers who have taken oath today, including Amit Shah, Piyush Goyal and Nitin Gadkari among others will live up to people's expectations. In the next five years, they will do hard work," Ramdev told ANI.

"I believe that for the next 10 to 15 years, the Opposition leaders need to do a lot of 'Kapalabhati' and 'Anulom Vilom', only then they will be able to control their stress," he added.

The 58-member council of ministers were administered the oath of office and secrecy by President Ram Nath Kovind in the forecourt of the Rashtrapati Bhavan on Thursday evening before a gathering of over 6,000 guests that included heads of governments and states, political leaders and captains of the industry, Bollywood and other film celebrities and diplomatic representatives.

"The country has expressed its confidence in the Prime Minister and the ideology of the BJP. I want to thank the Prime Minister for providing me with an opportunity to work with him as a part of the Union Cabinet," said Gajendra Singh Shekhawat, who won from Jodhpur Lok Sabha seat.

Mahendra Nath Pandey, who has also been included in the Cabinet, said, "I want to thank the Prime Minister and the people, who voted for me."