Earlier, people got electricity on Eid, but not on Diwali: UP CM Yogi Adityanath 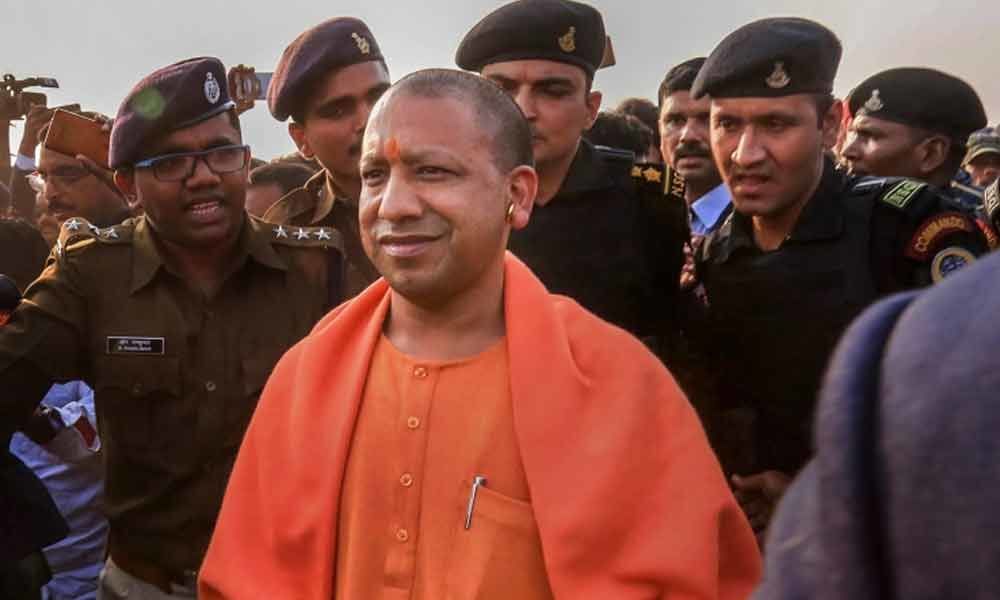 Earlier, PM Modi had also made a similar comment at a rally before the 2017 assembly election in the state.

GORAKHPUR(UP): Chief Minister Yogi Adityanath alleged on Monday that during earlier governments in Uttar Pradesh, people got electricity on Muharram and Eid, but not on Holi and Diwali.

Addressing a public meeting in Domariaganj constituency in Siddharth Nagar district, Adityanath said the situation was different now, saying Prime Minister Narendra Modi believed in 'Sabka Saath, Sabka Vikas' (Support for all, development for all). "Earlier, power connections were given on caste lines and people didn't get electricity on Holi and Diwali, but on Muharram and Eid," the Bharatiya Janata Party (BJP) leader said.

Adityanath's remarks are reminiscent of Modi's comments at a rally before the 2017 assembly election in the state. The prime minister had said if people get electricity on Ramzan, they should also get electricity during Diwali.

Adityanath also mocked at the SP-BSP-RLD alliance. "Shivpal Yadav (Akhilesh's uncle) says that he has no sister. So, where did the 'bua' (aunt) came from?" he asked, in an apparent referring to Bahujan Samaj Party chief Mayawati. "Everyone knows that the new relationship is built to hide each other's sins and the relationship will eventually break on May 23," the chief minister said.

He said people would give a befitting reply to Congress general secretary Priyanka Gandhi Vadra for her remarks that wherever her party was weak in the state, it has fielded such candidates who would cut into the BJP vote share. "People will give a befitting reply like a 'muhnochwa' to the vote-cutter remarks of the 'shehzadi' (princess')," Adityanath said, in an apparent reference to Vadra.

In 2002, villagers insisted that a light-emitting flying object, or the 'muhnochwa' (face scratcher), came towards them in the dead of the night and scratched their face, and even gave them mild electric shocks. The 'muhnochwa' was reportedly seen in about 30 districts and hundreds of people were said to have suffered serious scratches and bruises on the face and arms.