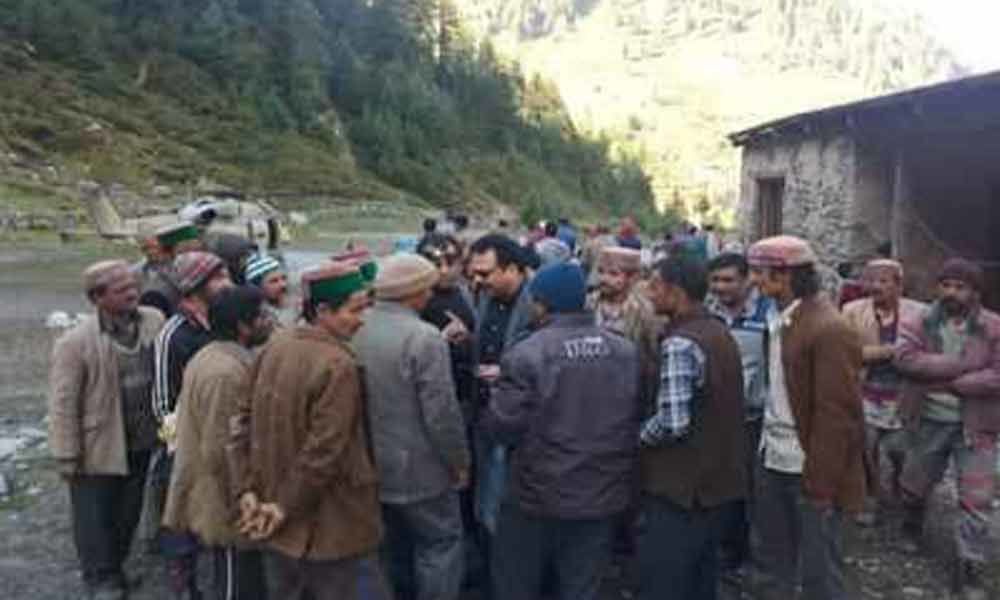 The village will be among 1,611 stations in Kangra district where the polling station to be set up in.

As the helicopter taking polling officials was unsuccessful in landing in the area due to bad weather, Bara Bhangal, an isolated rural community in Himachal Pradesh, had nearly missed a date with assembly elections two years back. The officials had to hike up for three days to reach the village and hold elections, finally.

Very similarly, the authorities are in a dilemma whether to send officials through a helicopter or by foot to the snow-bound village, this time. If the polling team must hike, it will have to leave by May 16 to successfully reach the village by May 19, the day of polling, said the officials.

The local administration is keeping a check for the clearance of approach roads to this village. "Last time, we had a bad experience. The helicopter carrying polling parties could not land at Bara Bhangal. This time, we might not take risk, so might send the polling parties through Chamba district," said Kangra deputy commissioner-cum-district electoral officer Sandeep Kumar.

The village will be among 1,611 stations in Kangra district where the polling station to be set up in. "This time, we are expecting around 60 voters there. We will deliver voter guidebooks to people living in far-off places at their doorstep," he added.

The people of Bara Bhangal had participated in elections in 2007 for the first time, keeping in view of extreme climate conditions and problematic landscape.

During winters, major population living in this snow-bound village migrates to lower areas. Merely around 45 individuals stay back in their wooden houses.

As summer is just around the corner, a few more individuals who shifted to Bir area nearby Baijnath in Kangra will come back to the village, said Chunni Lal Bhangliya, who hails from Bara Bhangal. "The Election Commission is going to set up a polling station there. But the area is still covered in snow at present," he said.

The people of this village had prohibited the elections, asking for the elimination of their village from the sanctuary area, in 2009 general elections. Nevertheless, in elections held after 2009, they had casted their votes.