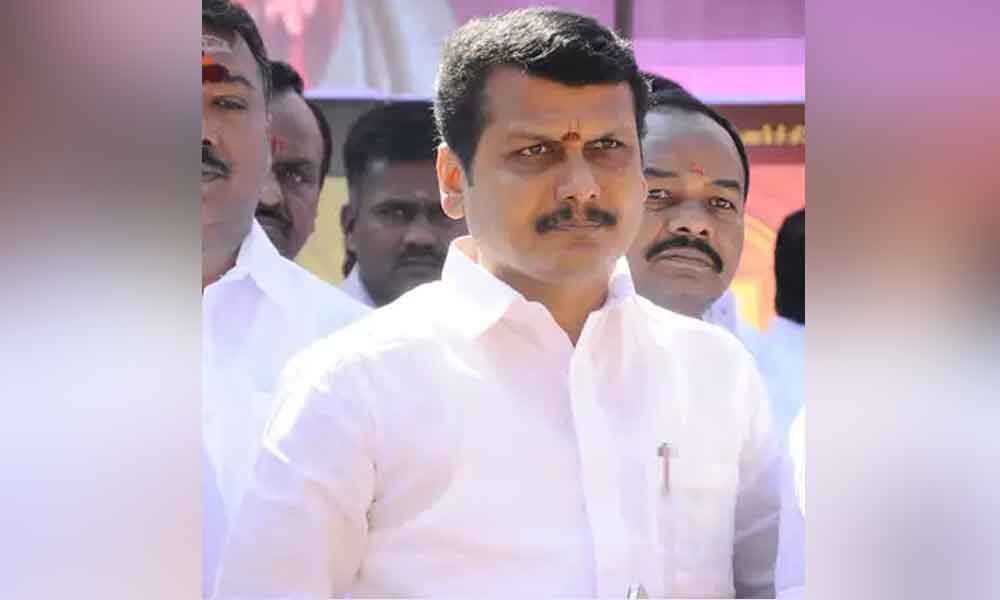 Palaniswami had expressed his regret of campaigning for Senthil Balaji when he was a candidate of AIADMK in 2016.

TRICHY: On Sunday, the chief minister of Tamil Nadu Edappadi K Palaniswami had appealed to the voters regarding the May 19 Aravakurichi assembly by election. To make sure the defeat of DMK candidate V Senthil Balaji.

Palaniswami had expressed his regret of campaigning for Senthil Balaji when he was a candidate of AIADMK in 2016. The chief minister had said that, Senthil Balaji was a "political opportunist" who had no concern for people.

EPS said that, in less than five years, Balaji had been in three political parties. "Balaji has even cheated AMMK leader TTV Dhinakaran. He can neither be loyal to a party nor to a leader," he said.

He also struck him by speaking regarding the promises made by Balaji, of giving three-acre land to voters in the constituency of Aravakurichi. EPS said, Balaji was making unrealistic promises and cheating the voters.