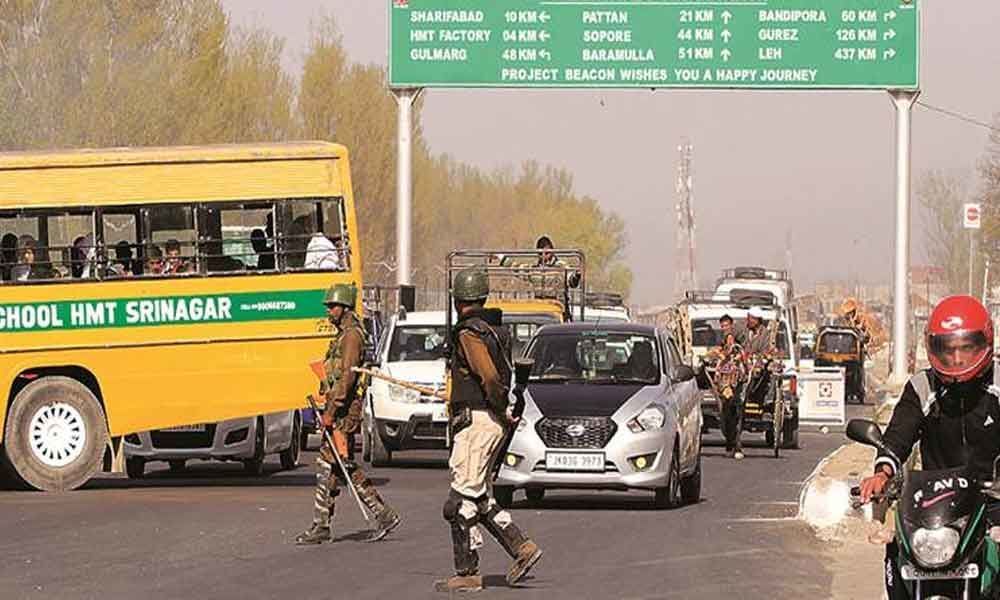 A marriage party had to obtain permission from the district authorities on Sunday to travel on the highway from Jammu and Kashmir's Anantnag district to Doda.

Srinagar:A marriage party had to obtain permission from the district authorities on Sunday to travel on the highway from Jammu and Kashmir's Anantnag district to Doda.

Authorities have ordered closure of the national highway on Sundays and Wednesdays for all civil and public transport to secure the movement of security forces convoys.

The order issued by the Additional District Development Commissioner, Anantnag, said that the marriage party of Danish Ali will include 12 other people who will travel on Sunday in four vehicles on thehighway and their travel would be subject to frisking and checking by the security forces.

The permission issued also specified the registration numbers of the vehicles.

Authorities had issued a notification earlier to disallow all civil and public transport on the national highway from Udhampur district in the Jammu division to Baramulla district in the valley on Sundays and Wednesdays to secure the movement of security forces convoys.

From 4 a.m. to 5 p.m. on Sundays and Wednesdays, only security forces convoys would travel on the highway. The notification said the order would be in force till May 31.

The decision was taken in the aftermath of February 14 terror attack on the highway in Pulwama district in which 40 CRPF troopers were killed.

Authorities, however, said the highway ban order would not apply to school buses, medical emergencies and other bonafide movements like those of tourists, businessmen and agriculturists.