HD Kumaraswamy denies rumours of getting admitted to hospital 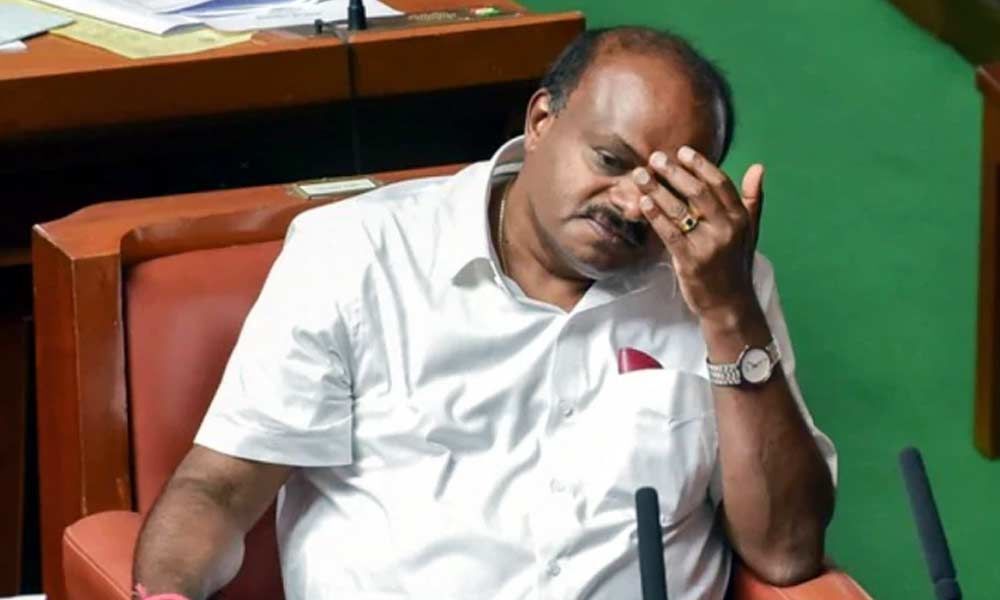 Accusing the BJP of forcibly taking away 15 rebel legislators of the ruling allies forcefully and subverting the law to bring down his 14-month-old government in the southern state, Kumaraswamy said the opposition party (BJP) made a mockery of democracy by indulging in poaching of lawmakers and horse trading with them.

Bengaluru: Putting a full stop to the rumours, Karnataka Chief Minister HD Kumaraswamy on Sunday denied that he was getting into a hospital to avoid the floor test in the state Assembly on Monday.

"The news of Kumaraswamy being unwell and getting admitted in a city hospital is fake and based on rumours, which is being spread by those trying to topple the coalition government," said the Chief Minister's office in a statement in Kannada here.

The rumours were spread in social media and found mention in a joint petition by two Independents, R Shankar and H Nagesh, filed in the Supreme Court for a direction to the Chief Minister to hold the floor test on Monday by 5 pm to prove his majority.

Accusing the BJP of forcibly taking away 15 rebel legislators of the ruling allies forcefully and subverting the law to bring down his 14-month-old government in the southern state, Kumaraswamy said the opposition party (BJP) made a mockery of democracy by indulging in poaching of lawmakers and horse-trading with them.

"Video footage in news channels over a week has shown the BJP's state leaders and cadres accompanying our MLAs to Mumbai in special aircraft," recalled a miffed Kumaraswamy in a statement here.

Clarifying that he was not clinging to power, the Chief Minister said his only intention for seeking more time to debate on the confidence motion he moved on July 18 to prove majority in the House was to let the country know how the BJP, which talks high of morality was trying to subvert the very principles of democracy and the Constitution. "With the sole ambition of capturing power through immoral and illegal ways, the BJP has been demanding my resignation and making the state governor (Vajubhai Vala) set deadlines to prove majority," asserted Kumaraswamy.

Appealing to the rebels, including 12 from Congress and 3 JD-S, to attend the Assembly and explain how the BJP sabotaged the democratic edifice and destroyed its sanctity, Kumaraswamy said he was ready to discuss all issues due to which they resigned from their assembly seats.

"Let us discuss all issues including your problems, if any, and arrive at a solution to save our democratically elected government from the evil forces which are trying to shake the foundation of democracy by misusing their political influence," he added.