Hemant Karkare died because I cursed him: Sadhvi Pragya on late 26/11 ATS chief 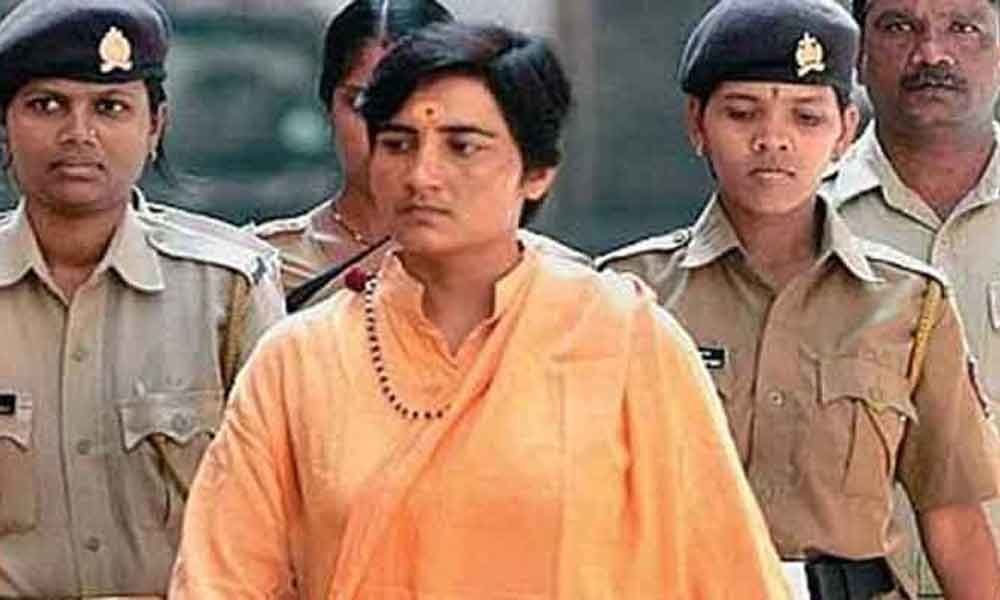 'He said that he will bring evidence but will not leave me. I told him - You will be ruined,' Sadhvi Pragya Thakur said.

Bhopal: Sadhvi Pragya Singh Thakur, an accused in the 2008 Malegaon blasts case and the BJP candidate against Congress's Digvijaya Singh in Bhopal, said that former Mumbai Anti-Terrorist Squad (ATS) Hemant Karkare lost his life because she had cursed him.

"I called Hemant Karkare and asked him to let me go if there is no evidence (against me). He (Karkare) said that he will bring evidence but will not leave me. I told him -- You will be ruined," she said.

Pragya Thakur is among the seven accused facing trial in Malegaon blast case. Six people were killed and a dozen others were injured after a bomb placed on a motorcycle exploded in Maharashtra's Malegaon on September 29, 2008.

She was arrested in 2008 but was given a clean chit by the National Investigation Agency in 2015 for lack of evidence. However, the trial court refused to let her off, saying it was difficult to accept since her motorcycle was used in the blast.

Thakur has been cleared of charges under the Maharashtra Control of Organised Crime Act and was granted bail by the Bombay High Court in 2017 but remains an accused under the Unlawful Activities Prevention Act.

On Wednesday, she formally joined the BJP and will contest against Digvijaya Singh from Bhopal parliamentary constituency. Several opposition leaders have slammed the BJP for fielding a terror accused in the Lok Sabha elections.

"After spending 10 years in jail due to Congress conspiracy, I have come here to fight the political and religious war," Thakur said after joining the BJP.

She is expected to file her nomination from Bhopal on April 23. Bhopal will go to polls on May 12. Counting of votes will take place on May 23.