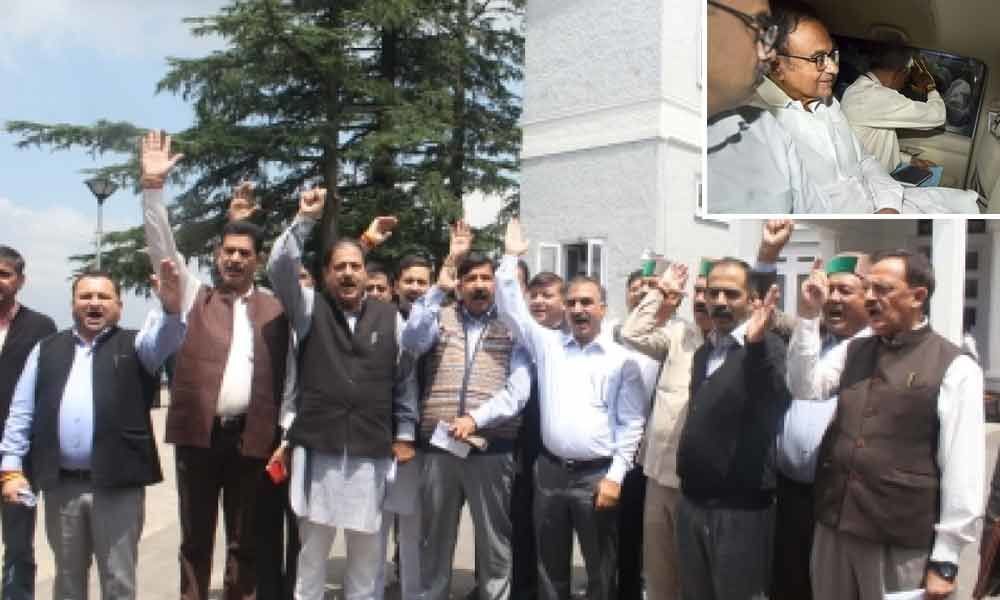 The Congress MLAs staged a walkout in the Himachal Pradesh Assembly over former Union Finance Minister P. Chidambaram's arrest by the Central Bureau of Investigation (CBI), here on Thursday.

Shimla: The Congress MLAs staged a walkout in the Himachal Pradesh Assembly over former Union Finance Minister P. Chidambaram's arrest by the Central Bureau of Investigation (CBI), here on Thursday.

After the Question Hour, Congress legislative party leader Mukesh Agnihotri raised the issue of his arrest saying Chidambaram had been the target of political vendetta by Prime Minister Narendra Modi and Home Minister Amit Shah and his arrest was 'murder of democracy'.

He said the action was taken in a hurry as Chidambarm's bail plea was pending in the court that gave him time till Friday to appear before it to seek the bail.

At this, Congress members started raising slogans against Modi and Shah and disrupted the House proceedings for 10 minutes and later walked out. The ruling party members too shouted slogans against the Congress and defended the CBI action.

After the walkout, Chief Minister Jai Ram Thakur condemned the Congress protest. Defending Chidambarm's arrest, Thakur said the Congress MLAs should understand that his arrest was related to an issue of corruption.

He said Chidambaram was arrested only after the Delhi High Court rejected his anticipatory bail plea after hearing his case for one year. "After rejecting the bail plea, the CBI and the ED had issued him summons to appear, but he didn't," the Chief Minister said.

"The BJP will ensure that law is applied equally to everyone, whether the rich or the poor, the VIP or ordinary," Thakur added. Later, Congress members joined the proceeding of the House.