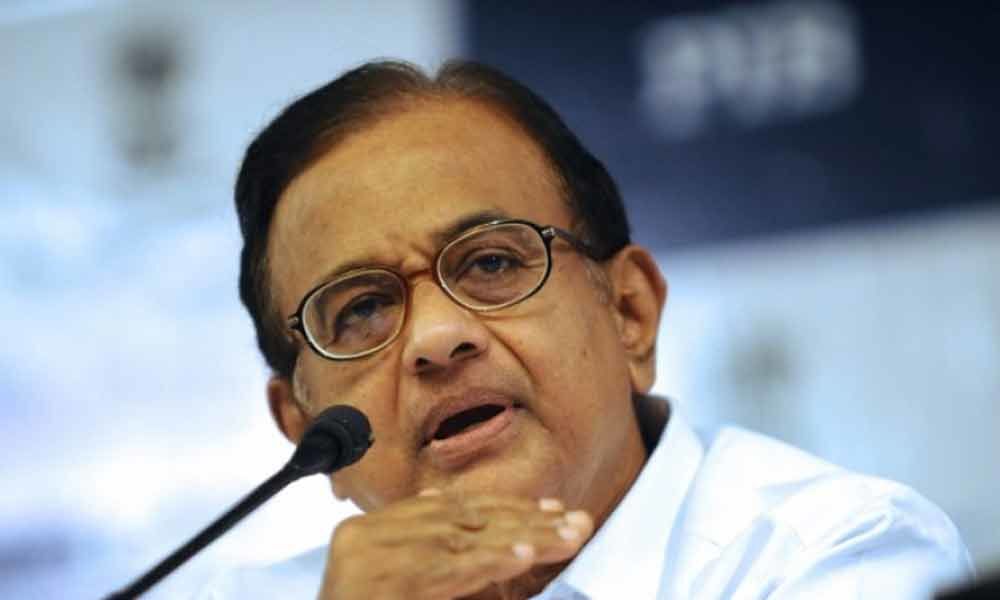 The senior Congress leader also said alleging that Rahul Gandhi has put conditions is rubbish, as he only asked for freedom to meet everyone, including soldiers.

NEW DELHI: Senior Congress leader P Chidambaram on Wednesday hit out at Jammu and Kashmir Governor Satya Pal Malik, saying his invitation to Rahul Gandhi to visit the state was a "tool of propaganda" and never sincere.

He said alleging that Rahul Gandhi has put conditions is rubbish, as he only asked for freedom to meet everyone, including soldiers.

"J&K Governor's invitation to Rahul Gandhi was never a sincere invitation. It was a tool of propaganda. To say that Rahul Gandhi put conditions is rubbish. Rahul Gandhi asked for freedom to meet everyone, including soldiers. How is that putting conditions?," he asked on Twitter.

"Can a visitor not ask for freedom to meet different sections of the people and to enquire about the welfare of the soldiers?" he further asked.

Malik had on Tuesday lashed out at Gandhi for putting "pre-conditions" for a visit to the state and alleged he was trying to "create unrest" by seeking to bring a delegation of opposition leaders.

Following remarks by Gandhi that there have been reports of violence in Kashmir, Malik on Monday had said he will send him an aircraft to visit the Valley and observe the ground situation.

Gandhi has put forth many conditions for the visit, including meeting mainstream leaders under detention, the governor said in a statement.

Hitting back at the governor for "taking a U-turn" on his offer to visit the state, the Congress said he should stand by his word.