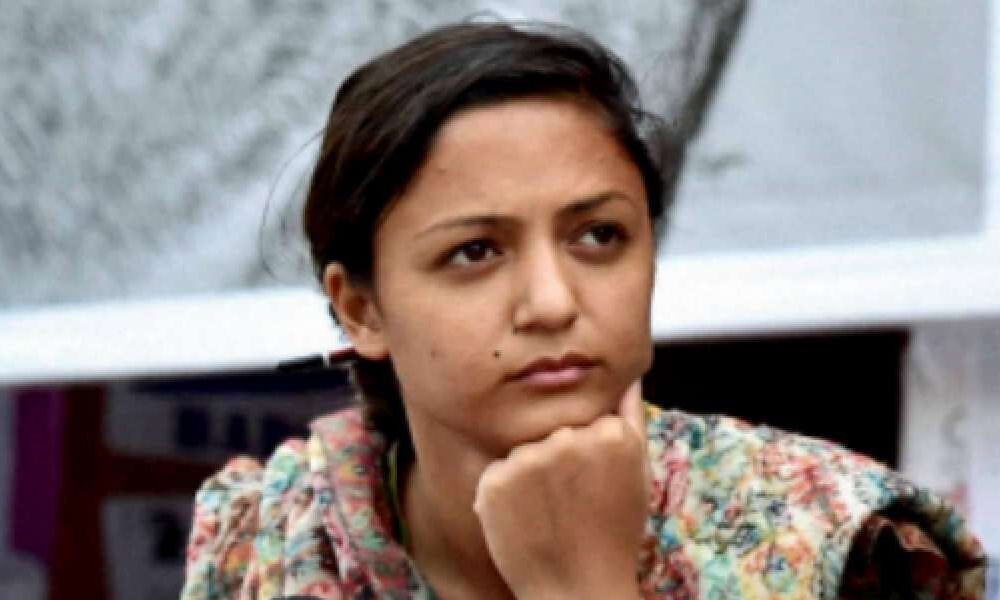 The engineer-turned-activist, who is currently pursuing her Ph D from the Jawaharlal Nehru University, shot to fame as a prominent face of the student activism following a controversy over an event at the varsity during which alleged anti-national slogans were raised.

"During the past five years, as a student activist, I have been in conversation with all political parties. To join the Jammu and Kashmir Peoples' movement was a conscious decision.

However, whether I will be contesting elections is something I am still giving a thought. For now, I will be focusing on strengthening the party's base in different areas," Rashid told PTI.

In her short address to the supporters of the party at the function at Gindun Ground in the Rajbagh area of the city, she said the JKPM was a movement for peace and development in the state.

Shehla said the JKPM wants more women to join the party as it was the time to give them their due place. "Our party is not like the other parties where women do not get their due. We know that in a conflict, it is the women who suffer the most," she said.

Rashid, who was the first Kashmiri woman to contest and win the JNU Student Union polls, says Kashmir has always been close to her heart. "If I would have not moved to the JNU for further studies and remained here, I would not have been the Shehla Rashid I am known as today.

I would have been suppressed politically, legally, socially as well as personally. "The scope for student activism is very restricted here (Kashmir). Not that I did not face any opposition, restrictions and criticism in Delhi, but I definitely had more space to express myself," she said.

Rashid, who has 4.65 lakh Twitter followers, is active on social media platforms even though her views have often landed her in controversies.

Faesal, the first Kashmiri to top the IAS exam, resigned from the service earlier this year to enter politics.