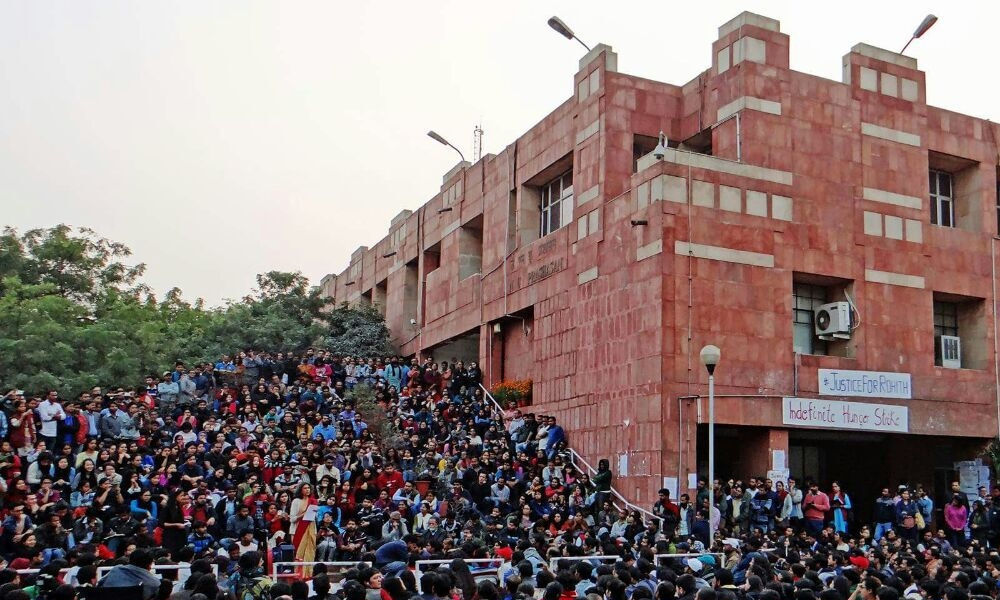 The Jawaharlal Nehru University on Friday rubbished the claims of its students' union of a 300 per cent hike in prospectus fee, saying the fee remains the same as in 2018

New Delhi: The Jawaharlal Nehru University on Friday rubbished the claims of its students' union of a 300 per cent hike in prospectus fee, saying the fee remains the same as in 2018.

The students' union had protested on Thursday and said the varsity had increased the prospectus fee by 300 per cent, closed BA lateral entry programme in School of Languages, and de-linked MPhil-PhD programme which was an integrated programme.

In a statement, the varsity said it was "aghast at the widespread misinformation" "being circulated by a handful of self-styled student leaders of JNU" on the entrance examination.

"The messages that are being posted on various social media speak of a 300 per cent fee hike in the application form for the JNU entrance test.

Nothing could be farther from the truth. There is no hike in the application fee and it remains same as the last year's application fee," the varsity said.

The varsity is conducting the exam in collaboration with the National Testing Agency (NTA) in 127 centres, instead of 70 centres as was done earlier, to provide better accessibility to students from across the country, it said.