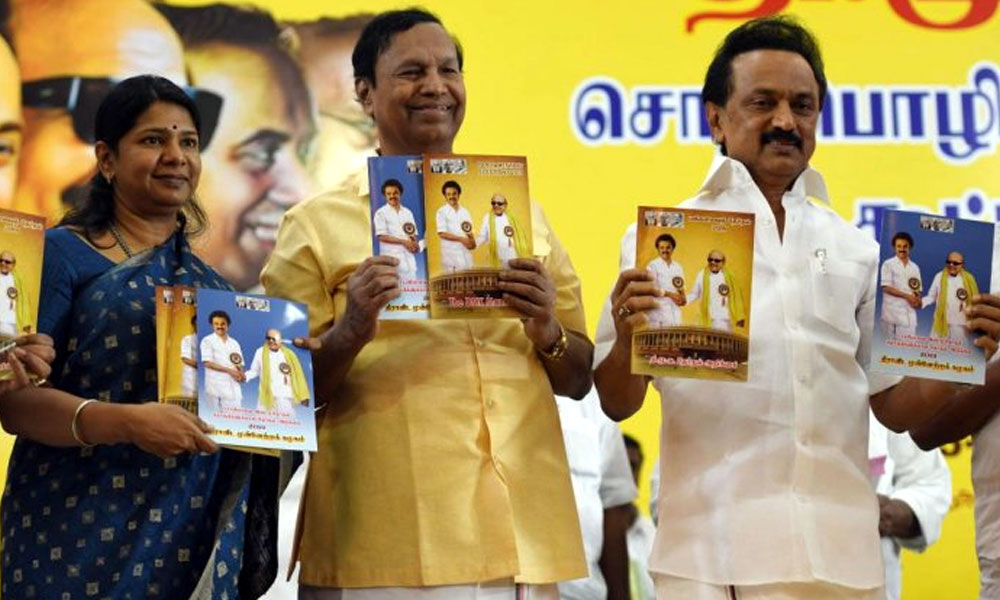 She criticised Prime Minister Narendra Modi of robbing people and calling himself a security guard.

TUTICORIN: After inaugurating the election office near the Tuticorin new bus stand, Kanimozhi the MP of Rajya Sabha and the Tuticorin candidate of DMK had said that, DMK will be fulfilling all the promises it has made in the election manifesto for the Lok Sabha polls, when Congress will come to power at the Centre and when Stalin attains the office as the chief minister of Tamil Nadu.

She criticised Prime Minister Narendra Modi of robbing people and calling himself a security guard.

Kanimozhi said that, the focus of her campaign will be towards industrialisation which will not affect the environment and work towards the development of tourism in the coastal district.