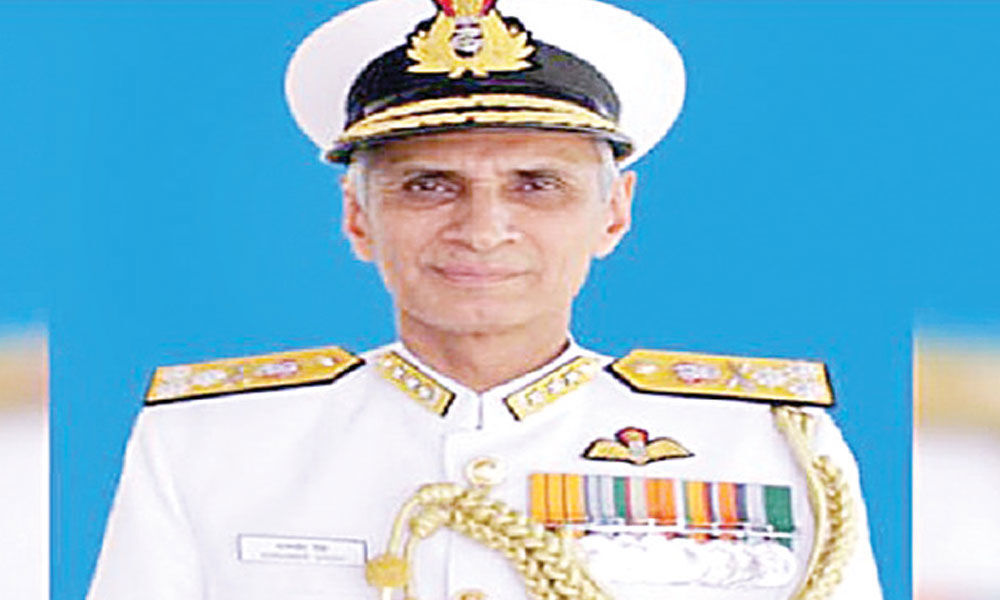 New Delhi: Eastern Naval Command chief Vice Admiral Karambir Singh was appointed new Chief of the Indian Navy on Saturday. He will succeed Admiral Sunil Lanba, who retires from service on May 31. Vice Admiral Singh, born on November 3, 1959 to an Indian Air Force officer who retired as a Wing Commander, was commissioned into the Executive Branch of the Indian Navy on July 1, 1980.

During his long and distinguished service, he has served in a variety of command, staff and instructional appointments. Vice Admiral Singh's sea commands includes that of Guided Missile Destroyers INS Rana and INS Delhi. He also served as Fleet Operations Officer of the Western Fleet and was Flag Officer Commanding Maharashtra and Gujrat area.

Before taking over as FOC-in-C Eastern Naval Command in October 2017, he was Director General Project Seabird, Deputy Chief of Naval Staff and Vice Chief of the Naval Staff. A graduate of the Defence Services Staff College, Wellington, he has also earned his wings as a helicopter pilot, having flown extensively on the Chetak and Kamov helicopters.