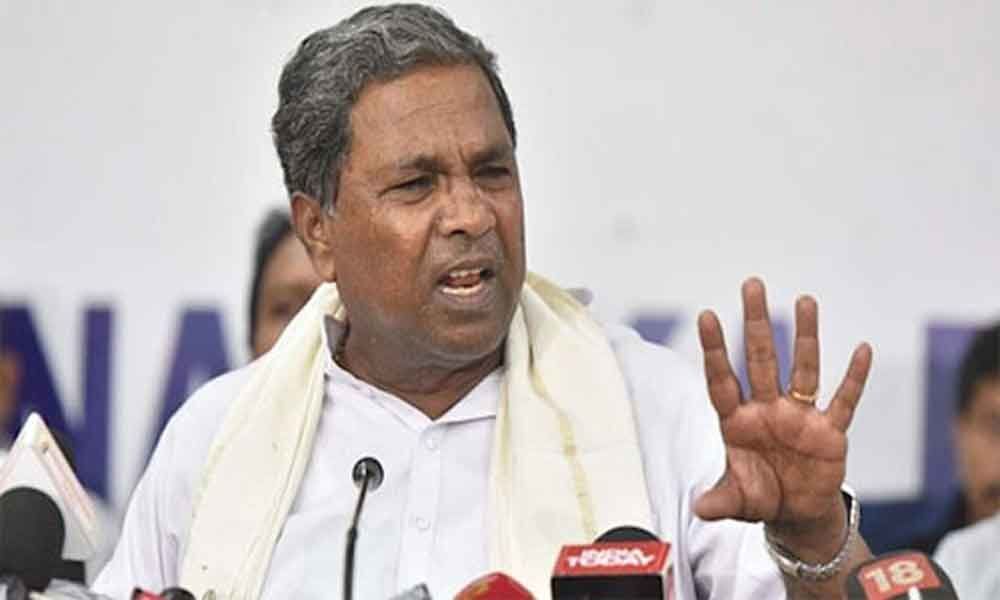 The JDS-Congress coalition, which is in power in the state, went through a rough patch during the campaigning of the elections.

Bengaluru: Former Karnataka Chief Minister and Congress leader Siddaramaiah on Thursday asserted that MLAs and ministers in the ruling JD(S)-Congress coalition government in the state are "united".

Addressing a press conference, Siddaramaiah said, "The result of this Lok Sabha election will not have an impact on this government. All our MLAs and ministers are united. Ramesh Jarkiholi will not leave the party."

The JDS-Congress coalition, which is in power in the state, went through a rough patch during the campaigning of the recently concluded elections. Congress has 79 MLAs while Janata Dal-Secular (JDS) has 37 MLAs in the coalition government holding power in the state.

Tensions between the two parties benefitted the BJP which won 25 of the 28 Lok Sabha seats in Karnataka while both JDS and Congress had to content itself with just one seat each.

However, the Karnataka Congress unit had said that there was no threat to the coalition in the state.