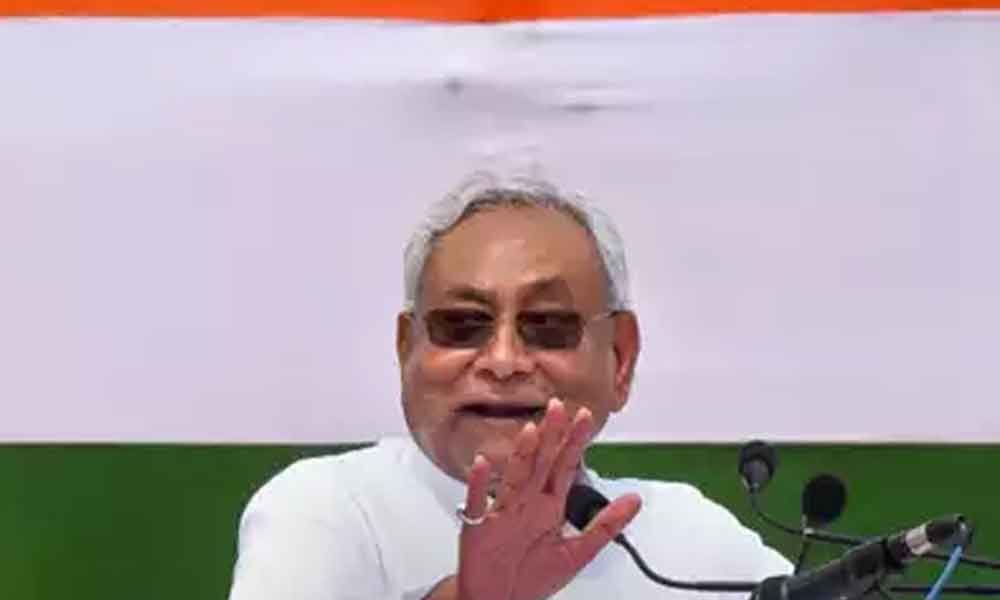 CM Nitish Kumar unfurled the national flag at the Gandhi Maidan in Patna on the occasion of the 73rd Independence Day .

Bihar CM Nitish Kumar unfurled the national flag at the Gandhi Maidan in Patna on the occasion of the 73rd Independence Day . Kumar, in his speech, particularly lauded the liquor ban imposed by his government three years ago as a path-breaking initiative which benefitted the society immensely.

"We enforced liquor ban on the demand of women which benefitted the society as people were taken away from the bottle and engaged in productive work. Over four crore people from the state joined in the movement supporting the liquor ban," he said.

"Some educated people say that drinking liquor is a fundamental right. I strongly object this and there is data to back the claim that liquor is evil for society.

The World Health Organization published a report which stated that 30 lakh people died due to drinking liquor in 2016 which is around 5 per cent of the total deaths reported in the year."