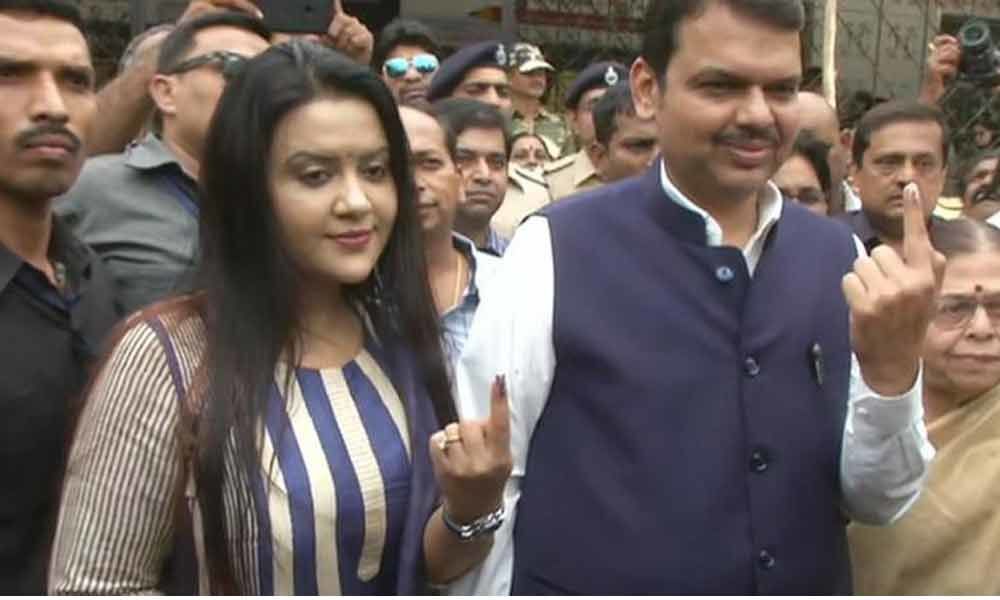 The chief minister arrived at the polling booth with his wife Amruta and mother Sarita Fadnavis at 12.20 pm.

Speaking with media after casting his vote, he said, "India is the world's biggest democracy and democracy will be strengthened if people take part in the election process enthusiastically. "I believe that Maharashtra, Vidarbha and the entire country will vote in a big way to elect a strong government," the chief minister added.

Seven constituencies in Vidarbha are going to the polls Thursday.