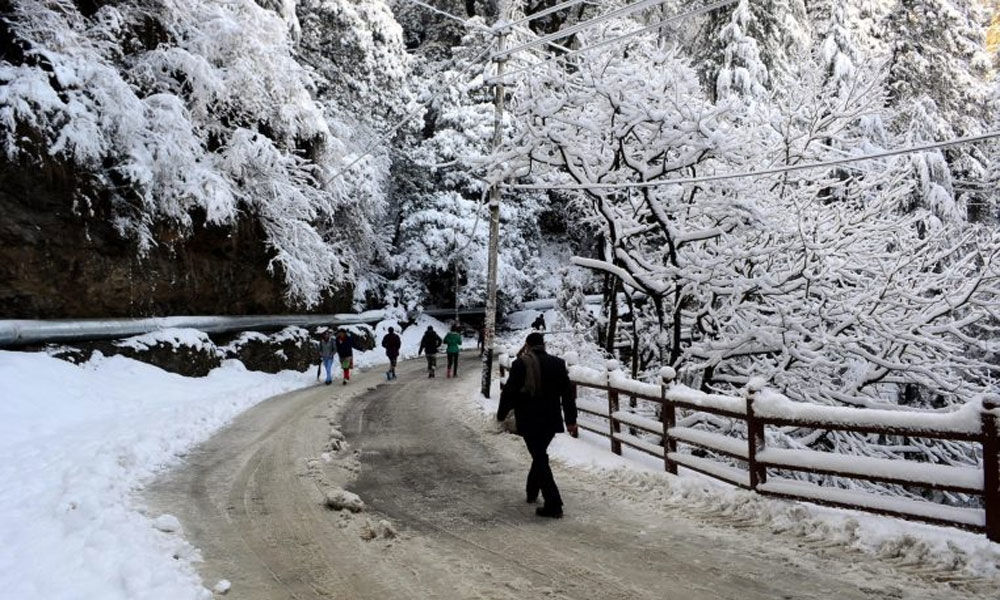 A western disturbance over Himachal Pradesh brought more snowfall to popular destinations Manali and Dalhousie on Tuesday, and lashed the state capital with rain.

The minimum temperature here was 3.3 degrees Celsius, while it was minus 3.8 degrees in Manali and 2.1 degrees in Dalhousie in Chamba district.

Kalpa, some 250 km from here, and Keylong in Lahaul-Spiti have also experienced snowfall. Keylong was the coldest place in the state with a low of minus eight degrees, while it was minus 3.6 degrees in Kalpa.

The Met said the western disturbance -- storm system originating from the Mediterranean-Caspian Sea region and moving across the Afghanistan-Pakistan region -- would start withdrawing by Wednesday.