Modi does politics of publicity: Priyanka 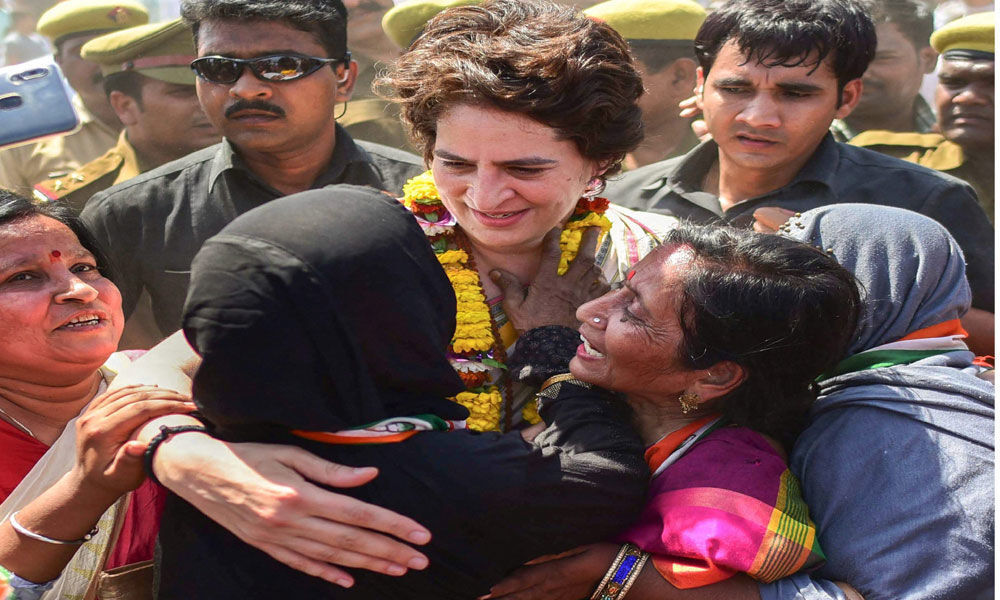 Varanasi: Launching a fresh attack on Prime Minister Narendra Modi, Congress UP East general secretary Priyanka Gandhi accused him of indulging in politics of publicity and not delivering on promises he made ahead of elections.

As the poll dates inch closer, Priyanka launched a fresh attack on the Prime Minister in Varanasi on Wednesday, claiming that he did not fulfil any of the promises he made during 2014 elections. Displaying the manifesto issued by the Bharatiya Janata Party for Varanasi in 2014 general elections, Priyanka Gandhi said Modi only knows playing politics of publicity.

The politics of publicity is easy, anybody can do it)" As part of her campaign for the upcoming Lok Sabha elections, Priyanka Gandhi is on a three day 'Ganga Yatra'. The campaign entered its second phase, when Priyanka Gandhi reached Chunat.

While addressing a rally there she asked the people to teach a lesson to those who are questioning their patriotism. She began her campaign from Prayagraj the birthplace of her great grandfather Jawaharlal Nehru and ends with Varanasi, the home constituency of Modi.