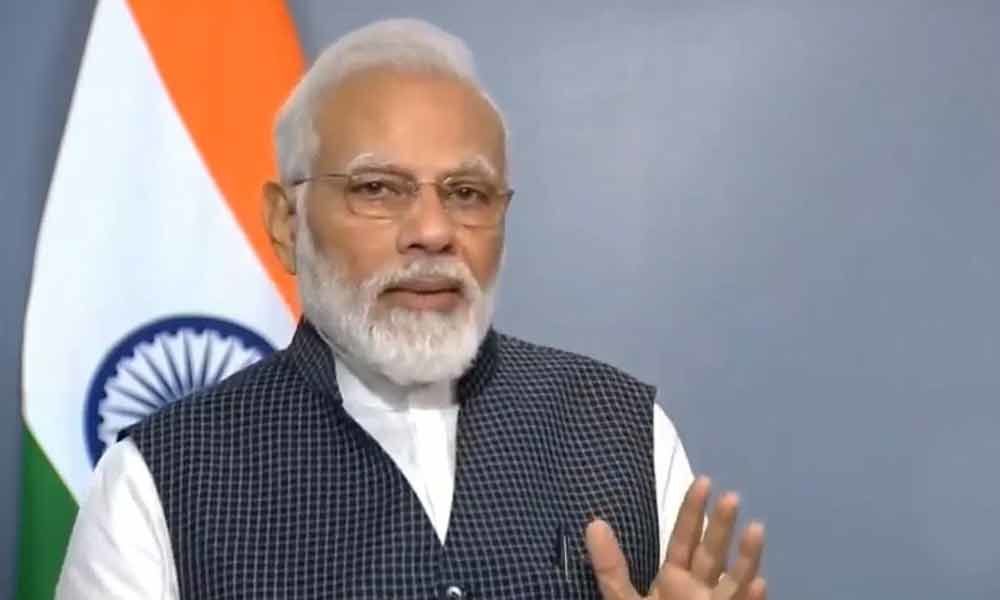 Prime Minister Narendra Modi, in a telephone conversation on Tuesday with his British counterpart Boris Johnson, drew his attention to vandalism of the Indian High Commission by a violent Pakistan-led mob on August 15.

New Delhi/London: Prime Minister Narendra Modi, in a telephone conversation on Tuesday with his British counterpart Boris Johnson, drew his attention to vandalism of the Indian High Commission by a violent Pakistan-led mob on August 15. The British PM regretted the incident and assured that all necessary steps would be taken to ensure safety and security of the mission, its personnel and visitors.

During the phone call, Modi raised the issue of challenges posed by vested interests pursuing their motivated agenda, including by violent means.

On August 15, Indians and people of Indian origin gathered outside the Indian High Commission in London to celebrate the 73rd Independence Day of India were abused, and pelted with eggs and water bottles by a huge mob of Pakistan-sponsored protesters, who included separatist Sikhs.

Stones were thrown at the Indian mission, and the Indian tricolour was damaged by the Pakistan-led mob that was protesting India's revoking the special status of Kashmir. The police were outnumbered by the protesters.

Also pointing out that terrorism had plagued all parts of the world, including India and Europe, Modi stressed the importance of effective steps to ward off the threats posed by radicalisation, violence and intolerance, particularly in the context of the expanding footprint of terrorist organisations such as ISIS, a statement said.

According to a Downing Street readout of the conversation, Johnson told Modi that Kashmir is a bilateral issue.

The British Prime Minister "made clear that the UK views the issue of Kashmir is one for India and Pakistan to resolve bilaterally".

"He underlined the importance of resolving issues through dialogue," it said.

Modi also congratulated Johnson on his election to the office, and expressed his readiness to work with him for strengthening the strategic partnership between India and the UK, according to a PMO statement.

Johnson also extended his congratulations to Modi on the latter's emphatic electoral victory for the second term in his office.

Both leaders agreed that as the world's pre-eminent democracies, the two countries have much to contribute together to effectively addressing the many challenges faced by the world today.

The two leaders looked forward to interacting during the G-7 Summit in France's Biarritz on August 25.

The Downing Street readout said that the two leaders agreed on the importance of the UK-India partnership and the need to build on it further, particularly through trade and economic ties and through the living bridge that links our countries.

Prime Minister Modi said there are immense possibilities for the UK and India which would increase prosperity in both countries.

Ahead of the G7, both the prime ministers agreed on the importance of working together to tackle climate change and other threats to biodiversity. They looked forward to meeting at the summit this weekend to discuss this and other issues, it said.