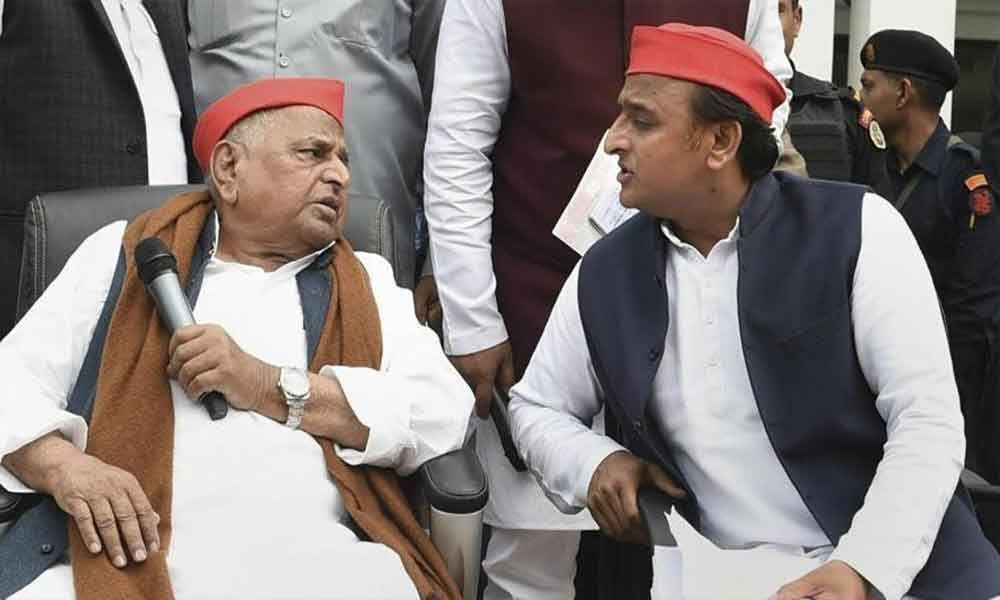 The Central Bureau of Investigation (CBI) in an affidavit filed before the Supreme Court gave clean chits to former Uttar Pradesh Chief Ministers Mulayam Singh and Akhilesh Yadav among others named in a disproportionate assets (DA) case.

The development came as efforts by parties surged for post-poll alliance over the last two days.

The CBI told the apex court that the inquiry into the alleged disproportionate assets of Samajwadi Party patriarch Mulayam Singh and his sons -- party chief Akhilesh Yadav and Prateek Yadav and daughter-in-law and SP MP Dimple Yadav were closed in 2013 as no evidence could be found.

The CBI in the fresh affidavit said: "No prima facie evidence of commission of offence was found during inquiry and the inquiry was not converted into and FIR."

It said it closed the enquiry after submitting a report to the Central Vigilance Commission (CVC) in 2013.

After August 2013 no inquiry has been conducted in the case against Mulayam Singh Yadav and Akhilesh Yadav, the CBI told the court.