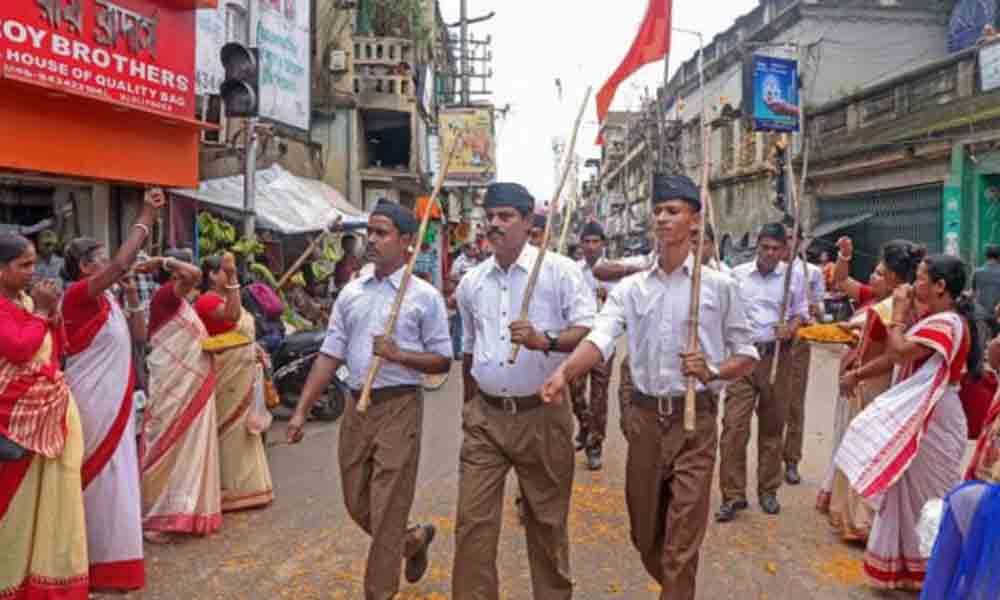 Senior RSS functionary and ABVP head Sunil Ambekar has created a storm with his new book "The RSS: Roadmaps for the 21st century".

New Delhi (IANS): Senior RSS functionary and ABVP head Sunil Ambekar has created a storm with his new book "The RSS: Roadmaps for the 21st century".

He has talked about things you don't expect someone from RSS to talk about - feminism, rape culture, live-in relationship et al.

Ahead of RSS chief Mohan Bhagwat releasing his book on Tuesday, IANS caught up with the head of Akhil Bharatiya Vidyarthi Parishad, the student wing of the RSS, as he explained why he thinks feminism as practices in India, is a "western fad".

"We cannot follow a cut and paste solution of feminism in India". He says, western feminism is far different from Indian idea of equality.

Ambekar is very clear on this issue when he tells IANS, "Of course, family system is far better than live-in relationships".

But what's most interesting is Ambekar's take on rape. He believes, the family can control "hormonal surges" and in turn result in no rape. He writes, "Only a close-knit family can discipline the hormonal surges and the vagaries of the mind of young people..." When asked to elaborate, the ABVP chief had this to say: "Our families can influence minds. Efforts within families can have psychological effects and can control aggressive behaviour".

While Ambekar maintains, its for experts to comment, but this remains his "personal opinion".

The book "The RSS: Roadmaps for the 21st century" tries to portray the saffron outfit in a post-modern light. Lately, the Sangh has been on an overdrive to demystify itself. The annual events of Vijaya Dashami has garnered huge media attention ever since Pranab Mukherjee went there as the chief guest.

Very recently, RSS supremo Mohan Bhagwat met around 70 journalists from foreign publications, in Delhi in order to answer queries about the RSS that has often been branded as a "militant outfit" in the foreign press. This book seems to be part of that ongoing demystification of RSS and making it's stand on contemporary issues clear.