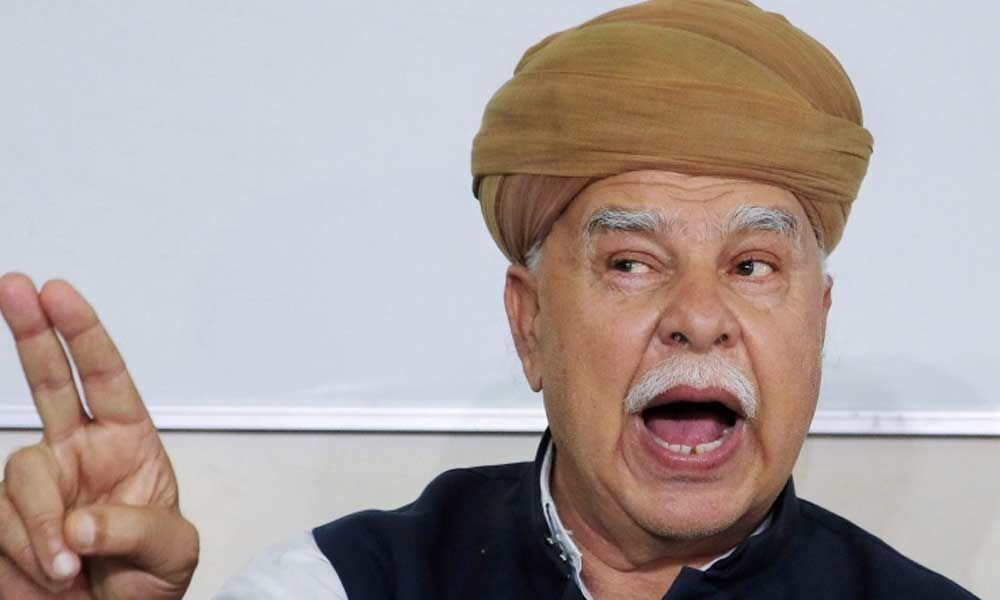 The Karni Sena patron further said that around 10 months back, they submitted an application in the Supreme Court claiming to be the descendants of Lord Ram.

JAIPUR: After Jaipur and Udaipur erstwhile royals and Congress leaders claimed to be the descendants of Lord Ram, now Karni Sena patron Lokendra Singh Kalvi has joined the league by proclaiming himself a successor of Lord Rams family.

In an exclusive interview with IANS, Kalvi said: "We, the Sisodiya clan, to which the Udaipur royal family belongs, are descendants of Lord Ram's son Luv. In fact, now that we have already cleared the doubts of the Supreme Court regarding the existence of Lord Ram, the temple should come up fast."

"The Sisodiya clan comes from Ram's son Luv's clan. So no question should be raised about Lord Ram's existence. Because Lord Ram was there, we are here. And because we are here, hence Lord Ram was there. There should not be any further delay in building the Ram temple... it should come up as early as possible," Kalvi said.

The Karni Sena patron further said that around 10 months back, they submitted an application in the Supreme Court claiming to be the descendants of Lord Ram.

"We had appealed that we should be made a party and be allowed to submit our proposal for the construction of 'Raj Mahal' worth Rs 1,400 crore at the birthplace of Lord Ram as we were upset by the delay in the project because of lack of political will.

"By 'we', we meant Kshatriyas who are directly or indirectly descendants of Lord Ram," Kalvi said, adding, "We are ready to fund Rs 1,400 crore for the Raj Mahal." The application has not yet been rejected, he said.

"A few months back, a counting of Kshatriyas was made and it came to around 10 crore. So if we collect Rs 150 from each Kshatriya, Rs 1,400 crore will be easily arranged, and then we shall construct the Raj Mahal which will definitely have a temple," he said.

Kalvi also said that he wanted to become a party in the ongoing Ayodhya dispute being heard in the Supreme Court so that he could submit his project.

"I am surprised to see the Supreme Court asking where are the descendants of Ram as we had already claimed 10 months back that we are Lord Ram's descendants in our application submitted in the apex court," he added.

"I was one of the Kar Sewaks when the Babri Masjid was demolished in 1992. I wonder why no decision has been taken in this regard in the last 10 years. We want the project should take shape," Kalvi said, adding that if a structure is coming up on a site measuring 25 acre, it will definitely not be a temple, but a palatial complex.