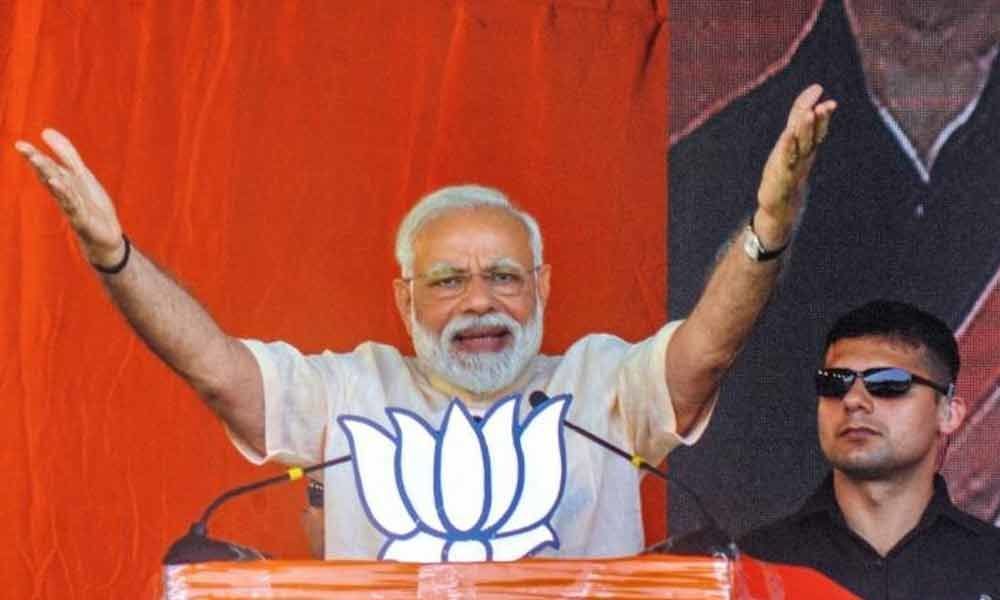 BJP comes out with campaign tagline

New Delhi: Hours after the Congress launched its tagline 'Ab Hoga Nyay' (Now, there will be Justice), the BJP released its campaign theme 'Phir Ek Baar, Modi Sarkar' (Once More, Modi Govt) even as it attacked the Congress for "ignoring" the middle class in its manifesto.

Union Finance Minister Arun Jaitley launched the campaign theme and songs, which sought to highlight the party's nationalism pitch as well as the work done by the Modi government.

"I am surprised that the Congress manifesto did not once mention the middle class and the emerging middle class, and the advisors from abroad in that party are advocating taxing them more," Jaitley told reporters at the campaign tagline launch.