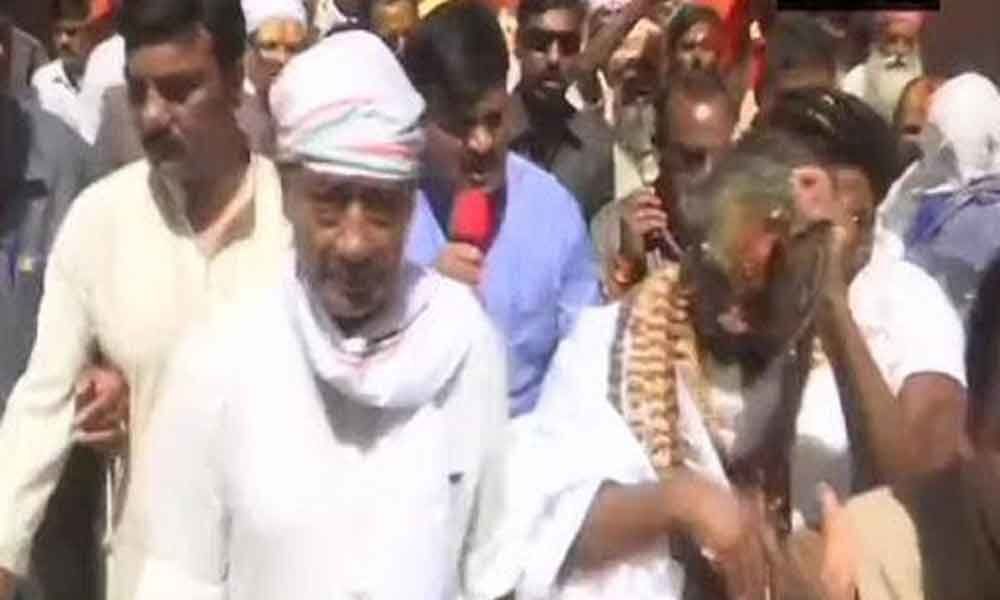 Singh, performed a 'havan' in the presence of Computer Baba and other sadhus at a Maha Yagna organised in Bhopal.

Bhopal: Police personnel on duty at the roadshow of Congress leader Digvijaya Singh and Namdas Tyagi, also known as 'Computer Baba', were seen sporting a saffron scarf along with their uniform.

However, officials claimed they were "forced" to wear the same.

On being asked why they were wearing saffron scarves, one of the police officers told ANI, "We are here on duty for a road show conducted by Computer Baba. We have been made to wear this."

However, the woman police officer did not reveal who directed her and the other officials to wear saffron scarves.

On Tuesday, Singh, who is contesting the ongoing polls from Bhopal, performed a 'havan' in the presence of Computer Baba and other sadhus at a Maha Yagna organised in Bhopal.

Tyagi had said that the Yagna was a form of 'Hath Yoga' to ensure Digvijaya's victory in the Lok Sabha elections. He had also claimed that BJP had "fooled" the community of seers by using Ram Mandir issue as a political tool.

"BJP has fooled not just the public but the community of seers as well. All sadhus who are with me unanimously say that without a Ram Mandir there will not be a Modi government again, we are holding the Yagna to ensure Digvijaya Singh's win," Tyagi had said.

Thakur is among the seven accused facing trial in the Malegaon blast case, wherein six people were killed and a dozen others were injured when a bomb placed on a motorcycle exploded in Maharashtra's Malegaon on September 29, 2008.