Polling in Gujarat: Saurashtra to be real test for BJP 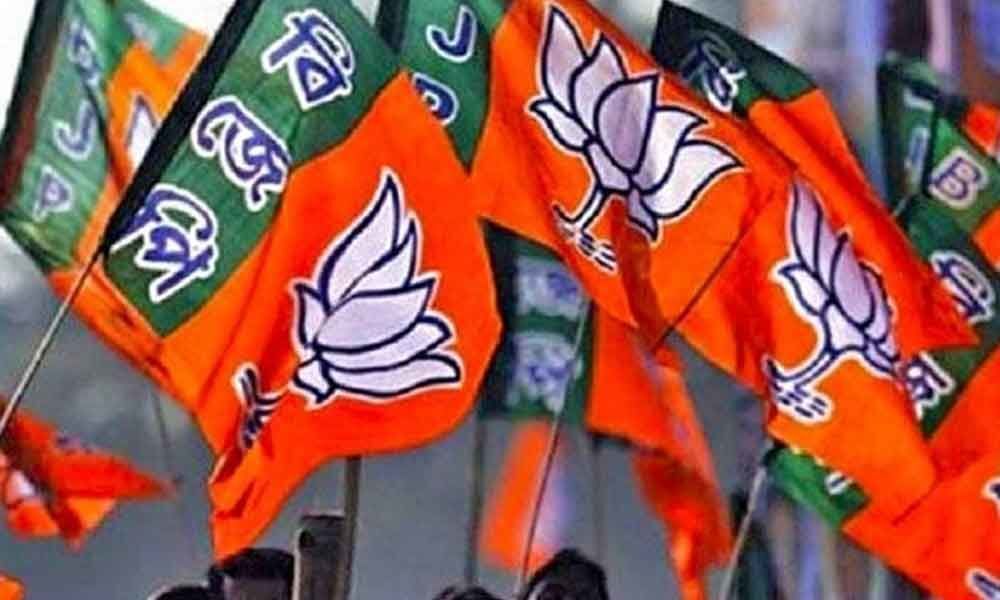 With memories of the 2017 Assembly polls fresh in mind, the Saurashtra region, which has seven Lok Sabha seats, will be the real test for the ruling BJP when balloting is held in Gujarat tomorrow.

Ahmedabad:With memories of the 2017 Assembly polls fresh in mind, the Saurashtra region, which has seven Lok Sabha seats, will be the real test for the ruling BJP when balloting is held in Gujarat tomorrow.

The region, which used to be a BJP bastion since 1995, gave jitters to the ruling party in the Assembly polls held just over 17 months back, as it lost 14 of the 35 seats it had won from among the total 54 seats in the region in the 2012 Assembly elections.

In those polls, the Congress had doubled its tally to 32 seats from 16 it had won in the previous elections.

Because of the reverses in this region in the December 2017 Assembly polls, the ruling BJP had come close to losing power in the state for the first time in three decades.

In the 182-member Assembly, the party won 99 seats, just 7 more than the simple majority and 16 less than the previous time.

The key reasons for this reversal were farm distress, unemployment and adverse impacts of twin blows of demonetisation and Goods and Services Tax (GST) on the small scale and medium scale industry as well as the trading class.

The Congress kept harping on these issues which are still very much alive.

Besides this, firebrand youth leader Hardik Patel's massive agitation for reservations to his Patidar (or Patel) community made a huge impact in Saurashtra which has sizeable population of the Patidar community. And now Hardik Patel is in the Congress.

Clearly cognizant of this, the BJP pulled out all stops in Saurashtra this time, with Prime Minister Narendra Modi himself holding as many as seven rallies in this region only.

Electoral performance of the BJP in Gujarat, where polling will be held tomorrow in all the 26 Lok Sabha seats, is a personal prestige issue for Modi who was the Chief Minister of the state for three consecutive terms before he became the Prime Minister.

Modi wrapped up his last election rally from North Gujarat on Sunday by making a strong appeal to the voters and asking them not to let down the "son of the soil".

He asked the electorate of Gujarat to give all the 26 Lok Sabha seats to the BJP, failing which the "sure shot" victory of the party at the national level would go sour.

Knowing well that the Saurashtra was going to be critical if it had to retain all 26 seats, the BJP had begun poaching on key Congress leaders in this region.

Starting at least a year ago and till this March, as many as 34 former and current Congress legislators and leaders have joined the BJP. Majority of them are from Saurashtra.

Key leaders and Congress veterans like Kunwarji Bavalia and Jawahar Chavda were even made cabinet ministers within 24 hours of joining the party.

The rallies addressed by Modi, BJP chief Amit Shah and local Gujarat leaders largely focused on how the party's "fearless" government at the Centre had shown Pakistan and terrorists their place.

Well aware that the urban areas are strong pocket boroughs of the BJP, the Congress spent more time and energies on the rural and semi-urban regions which gave it considerable traction in the 2017 state Assembly elections as the party bagged its highest 77 seats ever since it has been out of power from 1995. The party's seats largely came from the rural hinterlands.

In a sense, the opposition party's focus and campaign was in continuation of 2017 and so were the issues -- severe farmer distress, unemployment, closure of small and medium scale industries and water crisis.

Besides this, Congress President Rahul Gandhi, in all his four rallies in the state, stressed on the NYAY scheme of minimum guaranteed income as promised in the party's manifesto to give Rs 72,000 a year to 12 crore poor families in the country.

Three of Rahul Gandhi's rallies were held in the Saurashtra region, 75 per cent of which is a rural agrarian zone, where the party drastically improved its performance in 2017.

The BJP expects that the post-Pulwama air strikes would strengthen its Hindutva credentials in Gujarat just like it did in similar scenarios in the past, but the party perceives this may not amplify as strongly in the rural areas while it may work as expected in the urban regions.