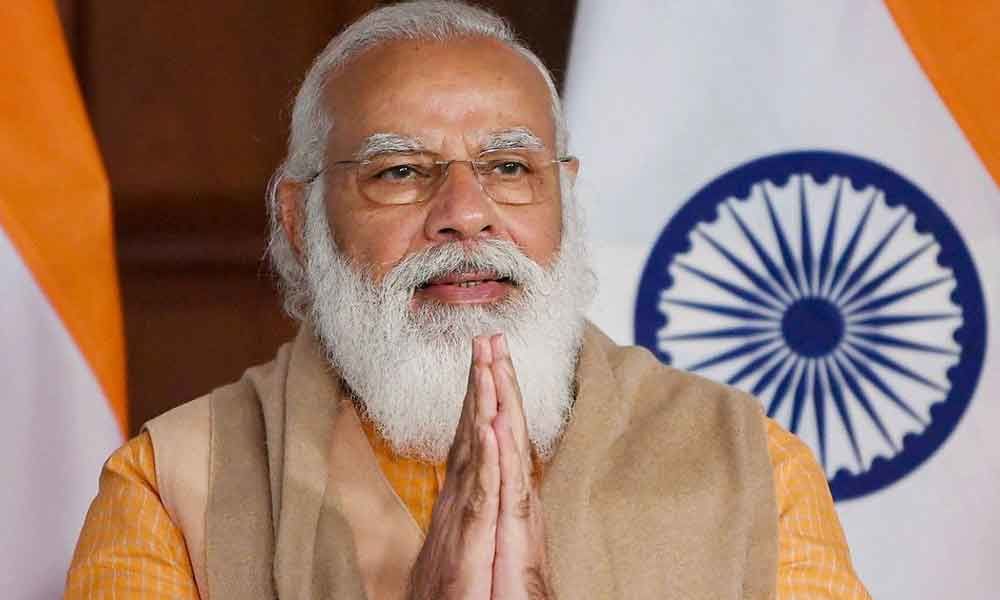 Gorakhpur: Prime Minister Narendra Modi on Thursday said the previous governments drafted the Union budgets with an eye on their vote banks and made th...

Gorakhpur: Prime Minister Narendra Modi on Thursday said the previous governments drafted the Union budgets with an eye on their vote banks and made them just a medium for making promises they could not fulfil.

"For decades in our country, the meaning of the Budget was restricted to what announcements were made in whose name. The Budget was turned into an account of the vote bank," Modi said.

The prime minister was launching a year-long commemoration of the centenary of Chauri Chaura incident, an outbreak of violence that forced Mahatma Gandhi to call off his non-cooperation movement against the British.

to the gallows for burning down a police station and killing 23 policemen, Modi said the Chauri Chaura martyrs had not got the place in history that they deserved. He released a postage stamp to mark the beginning of the centenary year of the incident.

In an address delivered through video conference, Modi hailed India's "power of unity" and said this will help the country become a world power.

The prime minister listed features in his government's recent Budget that he said will help farmers.

But he stopped short of mentioning the continuing protest over the agri-marketing laws enacted in September. "A lot of initiatives have also been taken to empower farmers. Over 1,000 markets were connected with farmers so that they can sell their crops anywhere. Over Rs 40,000 crore for rural infrastructure will help farmers," he said.

He said the government is also focusing on creating healthcare facilities in rural areas so that people do not have to go to cities for better treatment. Modi said even household make their budgets on the basis on their current needs and future responsibilities. "But our earlier governments made budgets a medium for promises that they could not fulfil. The country has now changed that approach."

The prime minister said the country's unity broke the barriers of slavery. "This strength will make us a world power and this is the base of 'atamanirbharta'." "We are making vaccines ourselves and supplying them to other countries.

The souls of freedom fighters must be feeling proud," he said on the fight against coronavirus. Modi said the Budget will help meet the coronavirus challenge. "Many veterans were saying the government will have to raise taxes and pass on the burden to the people," he said, adding that this did not happen.

The Budget focused on spending on roads, schools and railway lines. Spending on infrastructure will lead to jobs for the youth, he added.