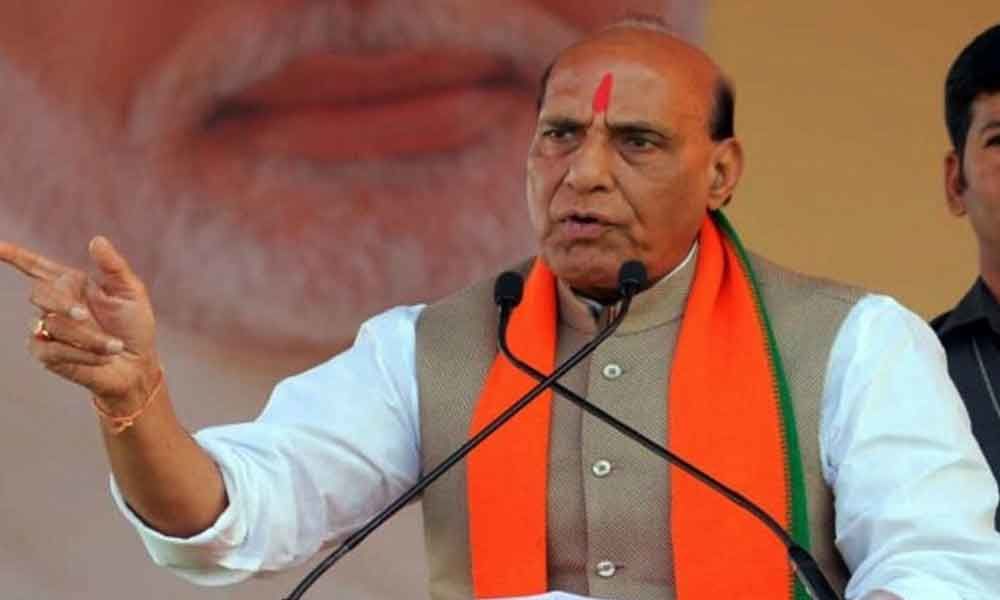 Defence Minister Rajnath Singh has approved a proposal to allow admission to girls in Sainik schools from the academic year 2021-22 in a phased manner, officials said here on Friday.

New Delhi : Defence Minister Rajnath Singh has approved a proposal to allow admission to girls in Sainik schools from the academic year 2021-22 in a phased manner, officials said here on Friday.

The decision has been taken after the success of a pilot project undertaken by the Defence Ministry two years ago for admitting girl students in Sainik School Chhingchhip in Mizoram.

"The decision is in line with the objective of the government towards greater inclusiveness, gender equality, enabling greater participation of women in Armed Forces and strengthening the motto of 'Beti Bachao Beti Padhao', propagated by Prime Minister Narendra Modi," said a defence ministry statement.

As per ministry officials, Singh has directed concerned authorities to ensure availability of necessary infrastructure and female staff in adequate numbers in the Sainik schools for smooth implementation of the directive.

There are 33 Sainik Schools across the country. Sainik School had opened admission to girl students in 2017, with the induction of six girls, in accordance with the pilot project undertaken by the Central government.

The schools have traditionally been seen as a male bastion. Admitting girls to Sainik Schools is perceived as a first step towards inducting women cadets into the National Defence Academy.