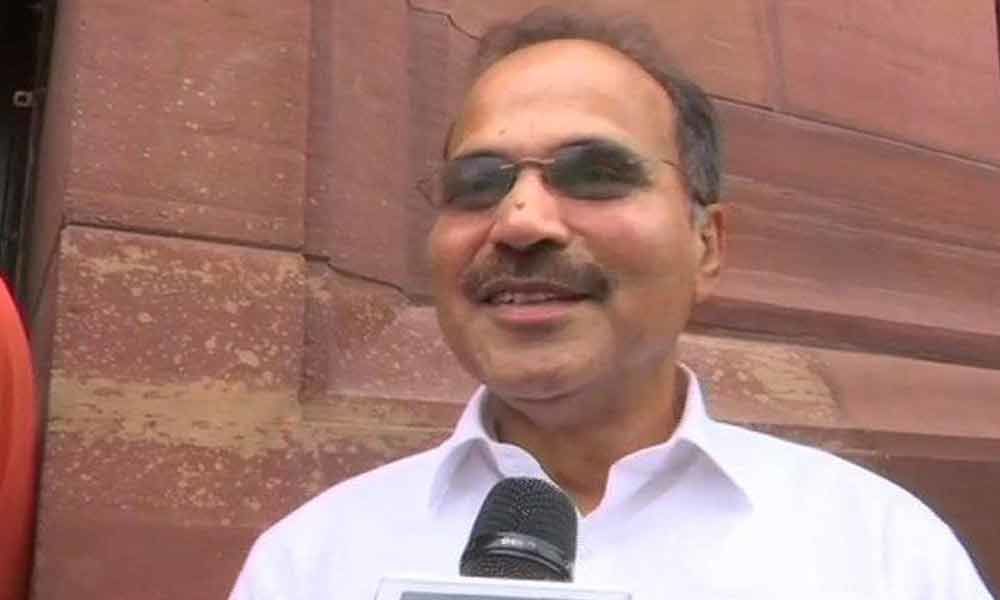 According to top Congress sources, the letter nominating five-time Congress MP from Behrampur, Chowdhury, a former Union Minister, as party leader in the lower house was sent to Lok Sabha Secretariat.

Chowdhury himself confirmed his nomination as the Leader of Congress in Lok Sabha and said he would fulfil his responsibilities.

"We will raise our issues with priority. Number of MPs does not matter. I will fulfil my responsibility given to me by the party," Chowdhury said.

One of the two Congress MPs from West Bengal and a former state party chief, he said that relations with the state's ruling Trinamool Congress are competitive at state level and the situation changes when it comes to national level, adding that the strategy would be formulated accordingly.

Asked about Prime Minister Narendra Modi's invitation for a meeting of Presidents of all political parties on Wednesday, he said that the decision will be taken by the party.