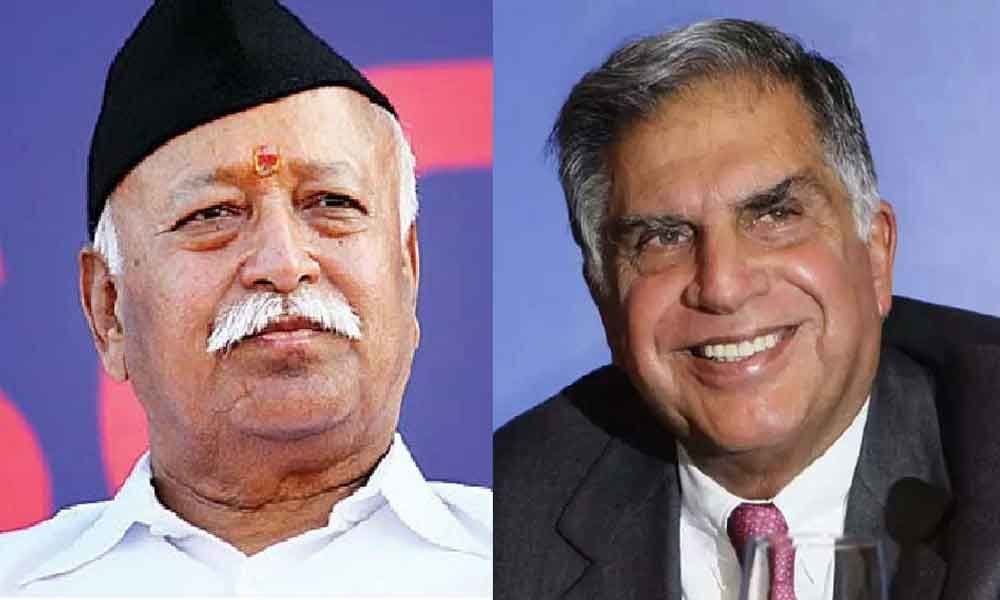 Last year, in August, Ratan Tata and Bhagwat had shared the stage at a function in Mumbai to mark the birth centenary of late RSS leader Nana Palkar.

The meeting, which RSS functionaries say was a courtesy visit, lasted two hours at the organisation''s headquarters.

This was Ratan Tata's second visit to the RSS headquarters, the first being more than two years ago- on December 28, 2016.

The industrialist arrived in Nagpur on Tuesday and left the city after meeting the RSS chief on Wednesday.

Last year, in August, Ratan Tata and Bhagwat had shared the stage at a function in Mumbai to mark the birth centenary of late RSS leader Nana Palkar. Tata was the chief guest at that event.

The RSS chief then had praised the industrialist, saying, "Everyone was keen to hear Ratan Tata, but when I asked him he said he feels shy of speaking," adding that "those who do work, they feel shy of speaking and their work always speaks for itself."

The confidential meeting came at a time when general elections are underway in India. Several business leaders have been extending support to various political parties and organisations.

On Thursday, Congress leader Milind Deora tweeted a montage video in which Mukesh Ambani, the chairman of Reliance Industries, extended support to Deora in his fight against Shiv Sena's Arvind Sawant for South Mumbai parliamentary constituency.

"Having represented South Mumbai for 10 years, I believe, Milind has in-depth knowledge of social, economic and cultural ecosystem of the South Bombay constituency," Mukesh Ambani is seen saying in the video clip.