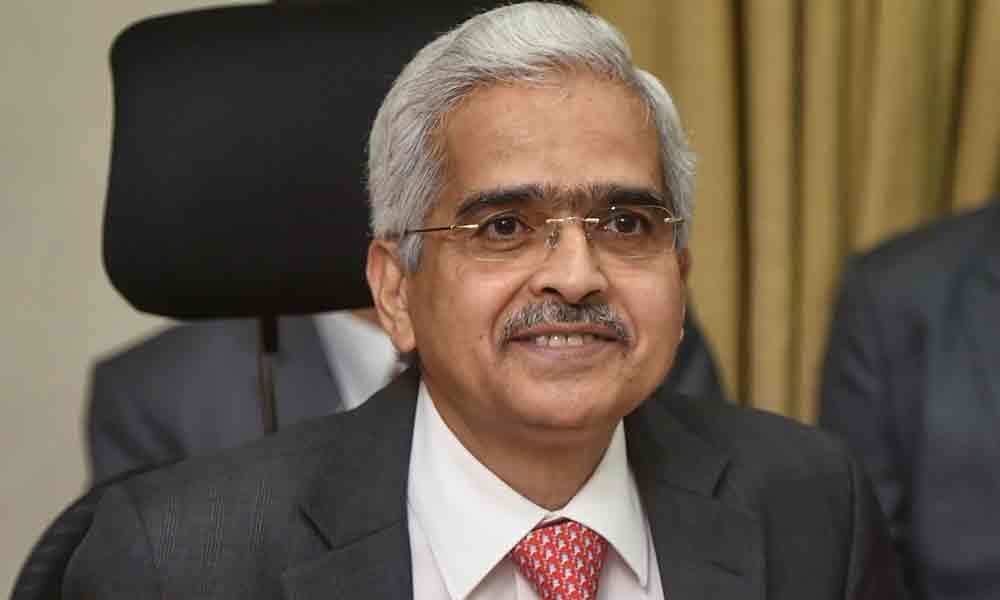 The Reserve Bank of India (RBI) cut the repo rate by 25 basis points to 5.75 per cent and reverse repo rate by an equal proportion to 5.50 per cent and expected banks to transmit these to home, auto and other loan borrowers faster.

Mumbai: Home, auto and other loans may cost less as the Reserve Bank on Thursday cut interest rates for the third time this year to their lowest level in nine years and signalled more easing in a bid to support an economy growing at the slowest pace since the BJP first came to power in 2014.

The Reserve Bank of India (RBI) cut the repo rate by 25 basis points to 5.75 per cent and reverse repo rate by an equal proportion to 5.50 per cent and expected banks to transmit these to home, auto and other loan borrowers faster.

With all the six members of the Monetary Policy Committee (MPC) voting unanimously for a rate cut and switching of its stance to "accommodative" from neutral, RBI Governor Shaktikanta Das said the shift in the stance meant that an increase in interest rates is "off the table."

He wanted banks to expedite the transmission of the current reduction in rates as well as similar ones that happened in February and April. "Our decision is driven by growth concerns and inflation concerns, in that order," Das told reporters here. "The unanimous vote reflects the resolve of the monetary policy committee to act decisively and act in time (to address the growth concerns)."

In three back-to-back bi-monthly monetary policies this year, the RBI has lowered interest rates by 75 basis points (0.75 percentage point). With India's GDP growth slipping to a five-year low of 5.8 per cent in the January-March quarter -- the first instance of growth falling below China's in last few quarters -- the RBI lowered its growth forecast for the economy to 7 per cent from the April view of 7.2 per cent for the 2019-20 April-March fiscal year. "Growth impulses have weakened significantly as reflected in a further widening of the output gap compared to the April 2019 policy," the RBI said in the monetary policy statement.

The reduction in interest rate will help boost credit growth, helping arrest the slowdown in the economy ahead of the new Finance Minister Nirmala Sitharaman presenting Modi-2.0 government's first budget next month that is widely expected to announce measures to generate jobs and revive the economy.

Some analysts have stated that given the large undershoots in the actual revenue collections in FY2018-19 versus even the revised numbers presented in February, the numbers targeted in the interim budget are looking truly daunting. This is especially in context of the ongoing growth slowdown.

Sitharaman has a tall task to present a credible budget while sticking to the assumed deficit target.

Das seemed to have a reasonably benign view on government finances, underplaying the recent stress and instead focused on the consolidation underway over the past few years. He was not unduly concerned about PSU borrowings saying that borrowings done by state-owned firms who have own revenue streams should not be looked upon as government borrowing.

Given very large buffer stocks (3.4 times prescribed norm), there seems to be less of a concern from an inflation perspective, in case monsoons turn out to be weaker. While inflation remained below its medium-term target to give "scope" to the MPC "to accommodate growth concerns by supporting efforts to boost aggregate demand", the RBI marginally revised upwards its retail inflation forecast for the first of FY2019-20 to 3-3.1 per cent (2.9-3 per cent earlier), but is a shade lower for the second half at 3.4-3.7 per cent (3.5-3.8 per cent earlier). It noted upside pressure to food prices but a broad-based decline in core inflation on the back of 'significant' weakening of demand conditions.

"The headline inflation trajectory remains below the target mandated to the MPC even after taking into account the expected transmission of the past two policy rate cuts. Hence, there is scope for the MPC to accommodate growth concerns by supporting efforts to boost aggregate demand, and in particular, reinvigorate private investment activity, while remaining consistent with its flexible inflation targeting mandate," the MPC said.