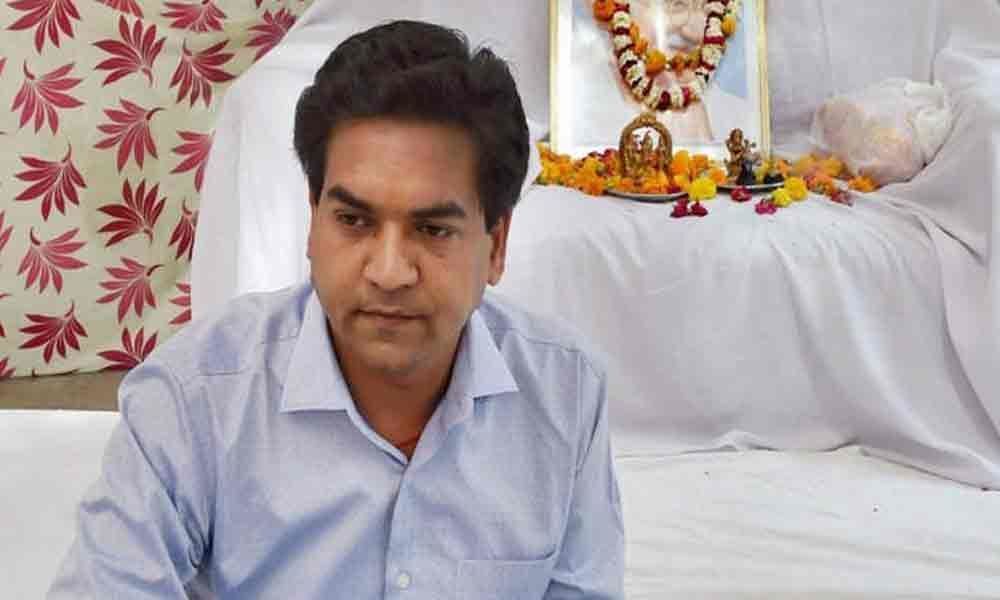 Rebel AAP leader Kapil Mishra moved the Delhi High Court on Tuesday against his disqualification from the Legislative Assembly under the anti-defection law.

New Delhi : Rebel AAP leader Kapil Mishra moved the Delhi High Court on Tuesday against his disqualification from the Legislative Assembly under the anti-defection law. Delhi Assembly speaker Ram Niwas Goel had on August 2 disqualified Mishra, an MLA from Karawal Nagar, with effect from January 27 when he had shared the stage with BJP leaders at an event organised by them.

The Speaker had also said that since Mishra campaigned for the Bhartiya Janata Party (BJP) and Prime Minister Narendra Modi in the Lok Sabha polls, it indicated that he has "given up the membership of his original political party".

Seeking quashing of the August 2 order, Mishra has contended that the Speaker's decision was "wholly illegal, arbitrary, vague and mala fide" as he was not provided any opportunity to present his case.

The petition, filed through advocate Ashwani Kumar Dubey, claimed the Speaker assumed that Mishra had voluntarily given up his party membership when he attended the BJP event, without considering that he had attended the budget session and also followed all the whips issued by the Aam Aadmi Party (AAP) as well as supported all the bills, proposals and resolutions tabled by the government.

The August 2 order had come on a complaint moved by AAP MLA Saurabh Bharadwaj seeking Mishra's disqualification from the Delhi Assembly under the anti-defection law.

"It is submitted that despite the request of the petitioner, respondents (Assembly and Delhi government) have not given him the opportunity to contest his case on merits and also did not permit him to lead the evidence, did not allow him to summon witnesses and knowingly and deliberately in a clandestine manner avoided the cross-examination of respondent 4 (Bharadwaj)," said the petition by Mishra. It also said that the Speaker never gave him the opportunity to raise the point of non-maintainability of the complaint or that Bhardwaj has no locus standi and authorization to file the petition under the anti-defection law.